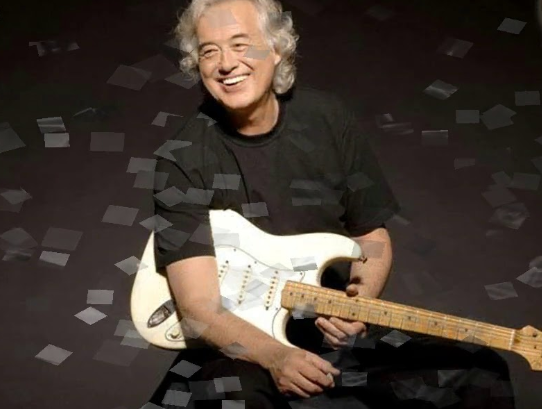 On hand beside Mick Jagger to premiere “Scarlet”, a previously-unreleased Rolling Stones track which features Page appearing on the group’s anticipated “Goats Head Soup” reissues, the guitarist was asked about the likelihood of Led Zeppelin returning on stage more than a decade following their legendary 2007 concert in London.

“At the time of the O2, we thought – myself, John Paul Jones and Jason – that there was going to; it was said that there were gonna be some more dates,” Page told The Zoe Ball Breakfast Show. “It would’ve been really good to have done that after the O2, ‘cos we’d put a lot of work into The O2 and we were really on it, y’know? But it didn’t come off.

“It seems really unlikely that there would be a tour in the future,” he added. “Unlike the Stones, they do sort of know that the fans love that — also I know that with Led Zeppelin [fans too]. But it doesn’t look as though there’s anything in the future, unfortunately.

“We’re talking about a concert that was gigantic at the time, but that was 2007, and time passes, y’know?”

“Celebration Day” got Led Zeppelin a 2014 Grammy Award in the Best Rock Album category, while a second nomination – for “Kashmir” in the Best Rock Performance category – losing to “Radioactive” by Imagine Dragons.