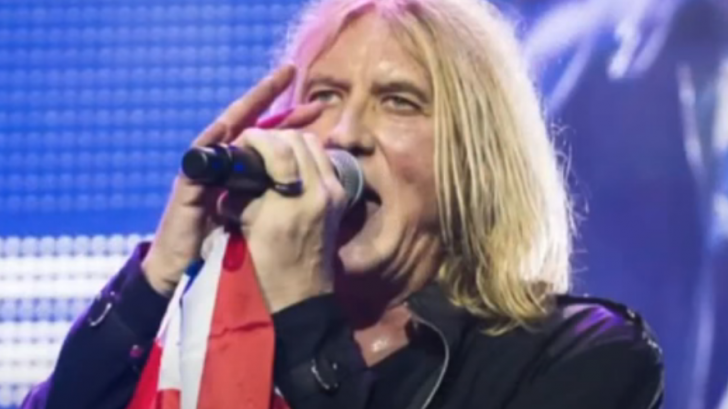 Two current bands made the head of Joe Elliott, lead singer of Def Leppard. They are Greta Van Fleet and The Struts. The singer spoke about the two rock bands in an interview.

Elliott has the following to say about Greta Van Fleet:

“There’s only two that I’m aware of at the moment because I’m so busy doing my own thing. The only two bands I’m obsessed with right now are Greta Van Fleet and The Struts. Yeah, there’s a raging argument about Greta Van Fleet, and it’s going to go on for years; they don’t do themselves any favors when they say that they’re not influenced by Led Zeppelin. Wear it on your sleeve, baby! Greta Van Fleet, they’re just making the music that Led Zeppelin won’t make ever again.”

Elliott also suggested The Struts as a band. He said they were like a cross between Freddie Mercury and Slade. He observed that Luke Spiller, the band’s lead singer, had a commanding presence on stage. He claimed that the frontman is a tremendous superstar if he can present himself in front of all of these people.

What he thought about The Struts:

“The Struts, they’re like a compound of Freddie Mercury and Slade. It’s powerful. You’ve got a frontman that’s just so over the top; he’s a joy to listen to because he’s just such a frontman, and that’s what he’s supposed to be. He put himself on a pedestal. He’ll either knock you off or prop you up. He’s got balls to get up there; I think he’s a superstar. He really is.”

Joe Elliott has been a part of the music business for a long time, but it’s noteworthy that as an artist, he has a few particular performers and bands that he adores for their songs and overall atmosphere.