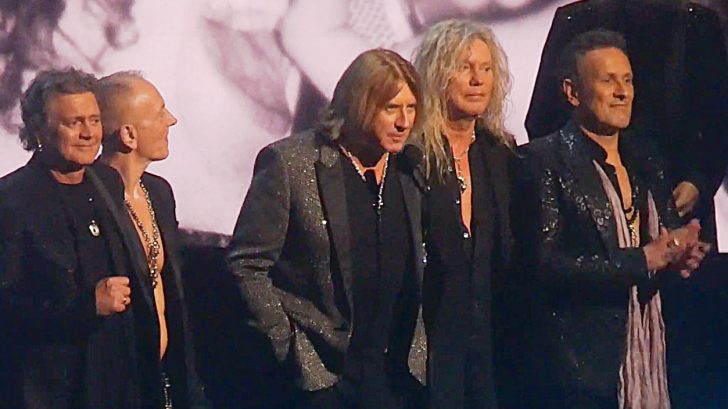 After many long years of waiting, legendary rock band Def Leppard and a slew of other deserving artists were finally inducted into the Rock & Roll Hall Of Fame this past Friday night. Def Leppard were the headliners for the class of 2019 and deservedly so. You’d think their storied career would be too much to wrap into one speech, but that’s exactly what frontman Joe Elliot did.

It was on this night that after being inducted by Queen guitarist Brian May, Def Leppard made their way to the and proceeded to let Joe do all the talking.

He gave a speech on behalf of the band that was equal parts funny, charming, sad, and eloquent. There was hardly a single person that went unmentioned from their storied career.

It’s clear from his words that he and his band are beyond grateful for the life they’ve been given by the fans, triumphs and tragedies and all.

Words can only do this memorable speech so much justice. You’ll just have to watch and see for yourself.

Def Leppard have truly been through it all as a band. They’ve endured tragedies and setbacks like no other, but through perseverance and hard work, they’ve proven to be one of the most bulletproof rock bands in history. To put it simply, there are hardly any bands or artists more deserving of an induction than Def Leppard.

But now that this band is in, the question is, who deserves to be inducted into the Rock & Roll Hall Of Fame? YOU let us know!