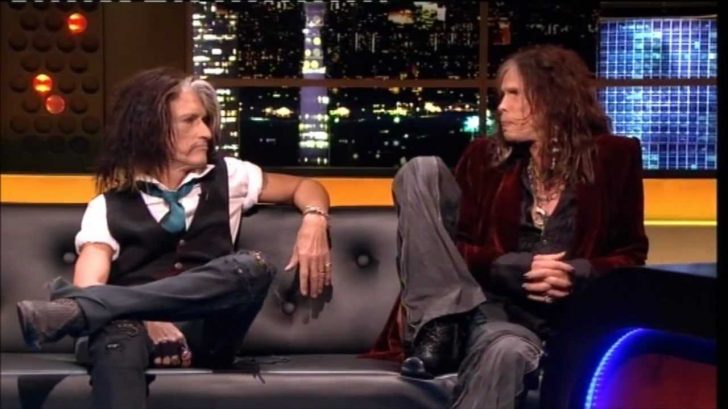 Steven Tyler, frontman of Aerosmith, presented us songs from his country album released in 2016.

One of the songs is called “Red, White & You” and it’s a very commercial radio pop-rock song, not far from his work with Aerosmith.

And USA Today has asked the band’s guitarist, Joe Perry, about his colleague’s new single, and Perry has taken the opportunity to make fun of him, ignoring the song:

Perry continued, “Steven is in Nashville doing whatever he’s doing. He’s got a (bleeping) rhinestone cowboy hat going ‘Yippee ki yay.’ I don’t know what else to say about that.”

The problem is that Tyler doesn’t listen to Aerosmith and Perry doesn’t like that, hence the anger and ridicule. The group “felt a bit abandoned”, and they had to abandon ​​​​touring in the summer of 2016.

Tyler knew his bandmates weren’t going to be happy with his chosen path at the time:

“I’m sure they’re not happy,” Tyler said. “But Joe [Perry] has done five solo albums. I just thought, ‘Hey, it’s my turn in the barrel.’ This is a side project, which has now turned into a love of life. I think we got something here that the radio would love to play.

Tyler also revealed that the band was getting along “better than ever.” He added, “There’s always the past, but we try and keep the past out of it. When Joe gets up in my shit about something, I say, ‘Don’t squat with your spurs on.’ It’s a band, and it’s a family.

“I’ll do it until I come screeching to a halt, all broken and battered and can’t stand up anymore. I’ll scream, ‘Yee-haw, what a ride!’”