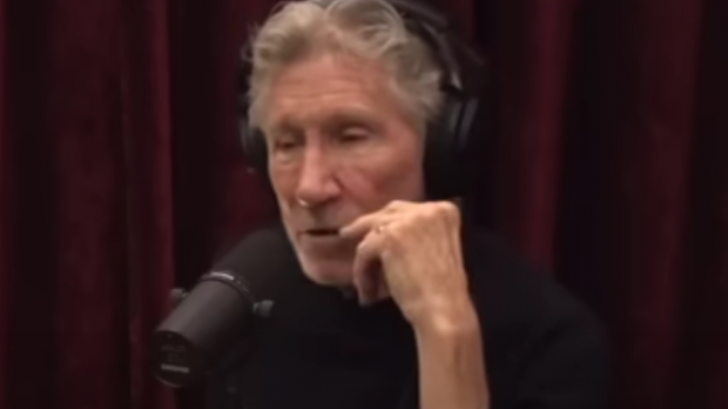 Roger Waters discussed a wide range of topics during his interview on The Joe Rogan Show, including the persistent allegations that The Dark Side of the Moon by Pink Floyd and the motion picture The Wizard of Oz are somehow connected.

Dane Brammidge claims that Roger Waters only sometimes traveled on Jeffrey Epstein’s private plane—no more than five or six times—and that any speculation about minor females flying with him is unfounded unless concrete proof of such trips is shown. In his detention cell in New York City, Epstein killed himself not long after being detained on federal charges.

When asked by Rogan if there was any truth about Epstein Island, Roger Waters was speechless. Not accusing Roger Waters of anything, but if you listen to the entire conversation, you’ll hear him talk eloquently and enthusiastically about every topic until Joe brings up Jeffrey Epstein and Ghislaine Maxwell.

His fervor for the next few moments of the talk shifts to that of a person who is not paying attention to what you are saying but offers you just few “mhhms” to appear engaged. He obviously doesn’t want to discuss it at all. He offers Joe nothing; there is no exchange. Joe essentially speaks to himself while posing open-ended questions, and there is a little pregnant pause before continuing the discourse.