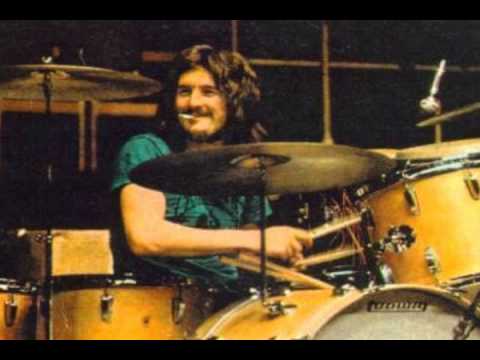 The history of music is full of great artists who have left us an important legacy, and if there is a musician who meets all the conditions and characteristics for it, then it is John Bonham.

John Bonham is considered one of the best Rock drummers in all of history. And we are not exaggerating, because this monster had amazing power and resistance, it had an unmistakable and very personal style, which would later create a school.

Also, seeing him play live was quite a show. It is well known that, in some concerts, John Bonham used to score a solo on the classic Moby Dick that lasted more than half an hour.

John Bonham was one of the pillars of Led Zeppelin and was one of the main responsible for that heavy sound that has always characterized the band. The life of this genius drummer was full of fame and success, but even legends have their favorites.

For Bonham, written on his autobiography, he considered the drummer for Cream (Ginger Baker) as the one who showcases the technical prowess behind the drums:

“I don’t think anyone can ever put Ginger Baker down.” Baker was definitely one of the pioneers of heavy drumming allowing drummers to be in the spotlight center stage. He also mentioned Gene Krupa as for this regard.“People hadn’t taken much notice of drums before Krupa,” Bonham once said, “And Ginger Baker was responsible for the same thing in rock.”

“[Baker] was the first to come out with this ‘new’ attitude — that a drummer could be a forward musician in a rock band, and not something that was stuck in the background and forgotten about,” Bonham continued, adding: “I think Baker was really more into jazz than rock,” Bonham said. “He plays with a jazz influence. He’s always doing things in 5/4 and 3/4 tempos. Ginger’s thing as a drummer is that he was always himself.”