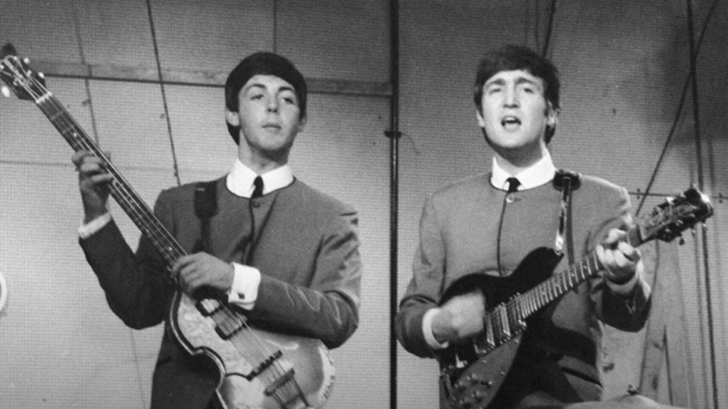 The Beatles released “From Me To You” in April 1963, making it their first record to top all UK charts and building on the success of their previous two singles, “Love Me Do” and “Please Please Me.” The austerity of those early singles is what makes them brilliant. John Lennon and Paul McCartney’s vocals retain all of our attention despite the simple accompaniment of guitar, bass, and drums as they lead us through yet another flawless pop tune. We’ve provided you with a standalone recording of those recognizable vocals here.

The song “From Me To You” was written by The Beatles as they were riding in their tour bus to a show in Shrewsbury.

“The night Paul and I wrote ‘From Me To You’, we were on the Helen Shapiro tour, on the coach, travelling from York,” Lennon recalled in Anthology. “We weren’t taking ourselves seriously – just fooling around on the guitar – when we began to get a good melody line, and we really started to work at it.”

Before that journey was over, we’d completed the lyric, everything. I think the first line was mine and we took it from there. What puzzled us was why we’d thought of a name like ‘From Me To You’. It had me thinking when I picked up the NME to see how we were doing in the charts. Then I realised – we’d got the inspiration from reading a copy on the coach. Paul and I had been talking about one of the letters in the From You To Us column.”

In spite of not having written a hit single, Kenny Lynch, who was traveling with the Beatles, agreed to collaborate with Paul and John on their song at the rear of the bus, according to Roger Greenway of The Kestrels. After the composition session lasted for thirty minutes with no results, Kenny supposedly felt he’d had enough and reprimanded Paul and John for their inability to compose music.

The Beatles reused a theme from “Twist and Shout” while recording “From Me to You”: their distinctive “Whoo! ” falsetto The distinctive voice would go on to emerge as one of the band’s early signatures and appear on their following hit, “She Loves You.” Though less well-known than a number of the Beatles’ earlier and later hits, “From Me To You” was a crucial piece of their formative years.

Listen to the isolated vocals below: