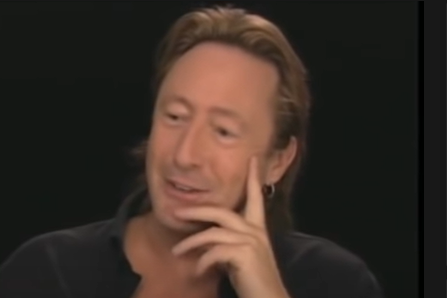 The Beatles are one of the bands that, thanks to their success, many consider one of the best. The Liverpool quartet, as it was also known, consisted of Paul McCartney, Ringo Starr, George Harrison, and John Lennon, who was assassinated on December 8, 1980. Despite his death 40 years ago, Lennon’s legacy continues present not only in his music but also in his sons Julian and Sean.

Both Julian and Sean have tried to follow in their father’s footsteps in music, so much so that some people even mention that the voice of one of them is very similar to that of John Lennon.

John Lennon married Cynthia Powell for the first time, from their marriage was born Julian whom the singer named in honor of his mother Julia who died in a car accident. During his childhood, Julian did not have much contact with John Lennon, this due to his strenuous tours with The Beatles, in addition to the fact that the singer had been recommended to hide his marriage and paternity so as not to affect the group.

Sean is the second son of the former Beatle whom he procreated with Yoko Ono, Sean was born on the same day as his father’s birthday, October 9, but 1975. Unlike the relationship that John Lennon had with his first son With Sean, it was the opposite since he was born he was present in the child’s life.

John Lennon’s legacy lives on not only in his music but also in his sons Julian and Sean, and he surely missed out on the brotherly love that these half-brothers have for each other.