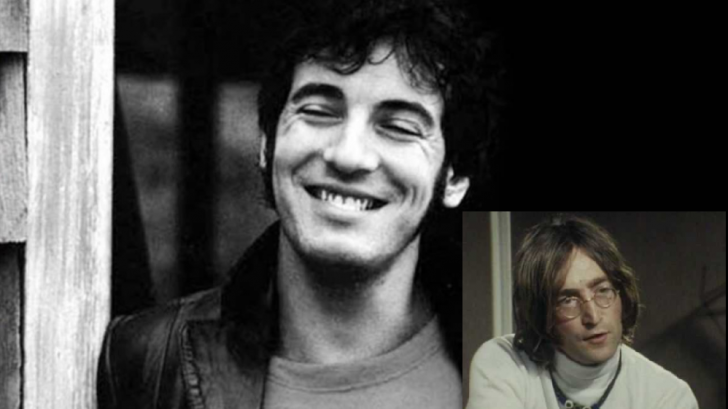 The last known print interview of John Lennon, conducted three days before he was assassinated on December 8, 1980, in New York, has been published by ‘Rolling Stone magazine.

Lennon was assassinated in front of his apartment in the Dakota Building in New York on December 8, 1980, at age 40.

The magazine reported that the nine-hour conversation with Jonathan Cott was the singer-songwriter’s last print interview. Where he gave some no-so-endearing advice for the fresh Bruce Springsteen.

The two never met, so remarking his from Lennon might have satisfied Bruce Springsteen, as he was a huge Fab Four fan. Lennon was lecturing about the rocky journey he and some of his counterparts were enduring from the music critics. By 1980, ten years after The Beatles’ break up, he and artists like Mick Jagger were having some difficult time with a new generation who required something brand-new. “But I’ve been attacked many, many times,” Lennon expressed to Rolling Stone, “And right from the beginning: ‘From Me to You’ was ‘below-par Beatles,’ don’t forget that. That was the review in the NME. Jesus Christ, I’m sorry. Maybe it wasn’t as good as ‘Please Please Me,’ I don’t know, but ‘below par’? I’ll never forget that one.“

“You know how bad the reviews were of our Plastic Ono albums? They shredded us! ‘Self-indulgent, simplistic whining’ – that was the main gist. Because those albums were about ourselves, you see, and not about Ziggy Stardust or Tommy… And Mind Games, they hated it.”

He continued in defense of his previous rival, The Rolling Stones’ Mick Jagger: “But it’s not just me. Take Mick, for instance. Mick’s put out consistently good work for 20 years, and will they give him a break? Will they ever say, ‘Look at him, he’s number one, he’s 37 and he has a beautiful song, ‘Emotional Rescue,’ it’s up there’? I enjoyed it, a lot of people enjoyed it.”

The advice then extended for The Boss and everything he should expect from the same critics’ industry, “And God, help Bruce Springsteen when they decide he’s no longer God.” The musician continued: “I haven’t seen him, but I’ve heard such good things about him. Right now his fans are happy. He’s told them about being drunk and chasing girls and cars and everything, and that’s about the level they enjoy. But when he gets down to facing his own success and growing older and having to produce it again and again, they’ll turn on him, and I hope he survives it. All he has to do is look at me or at Mick.”

There’s absolutely a measure of approval from Lennon but he also considered that enough was enough: “So it goes up and down, up and down – of course, it does, but what are we, machines? What do they want from the guy? Do they want him to kill himself onstage? Do they want me and Yoko to fuck onstage or kill ourselves onstage? But when they criticised ‘From Me to You’ as below-par Beatles, that’s when I first realised you’ve got to keep it up, there’s some sort of system where you get on the wheel and you’ve got to keep going around.”

Of course, in 2020, everyone’s aware that this wasn’t actually the problem for Springsteen. While catastrophe would hit Lennon, The Boss would progress to possess one of his greatest productive years in the eighties, discovering a blend in the market and press. While Springsteen wasn’t regularly provided an easy journey, he did endure to withstand any such intense aggression on him.