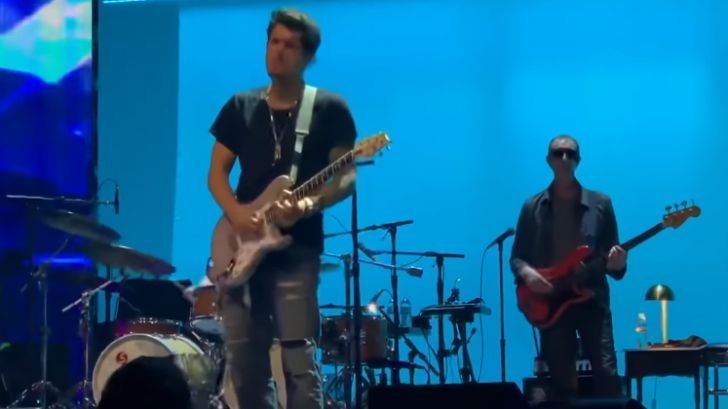 The Grammy Award-winning singer, songwriter, and guitarist showcasing that he really can do anything behind the ax. In the video below, he shows off with a guitar solo beautifully performed in somewhat slightly Pink Floyd style added to the tasty John Mayer style.

In the video, John Mayer performs an astonishing guitar solo on his live version of his own song, “Changing.” The guitar sound kinda resembles David Gilmour’s style of Pink Floyd.

John Clayton Mayer (Bridgeport, Connecticut, United States – October 16, 1977) is a singer-songwriter who walks with ease through rock, pop, blues, and folk. In 2003, he won a Grammy Award for Best Male Pop Vocal Performance for the 2002 release of the “Your Body Is A Wonderland” single from Room for Squares. In February 2005, he received an award in Male Pop Composition for the song “Daughters” from the album Heavier Things. His rivals for the title were Elvis Costello, Josh Groban, Prince, and Seal. He also took home the Grammy for Song of the Year which was awarded to the songwriters of “Daughters”. He dedicated the award to his grandmother, Annie Hoffman, who had passed away in May 2004.