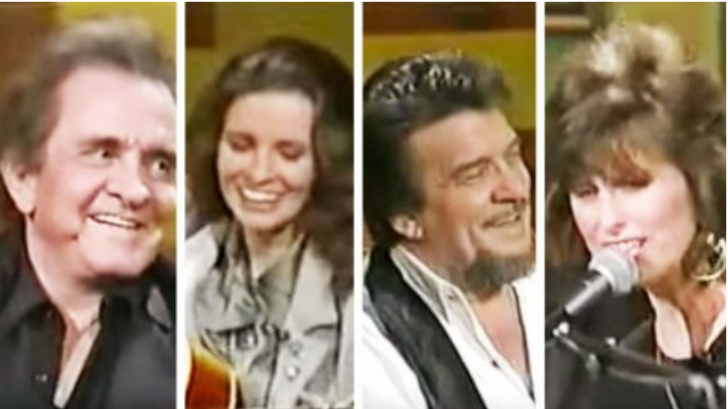 Johnny Cash and Waylon Jennings’ wives joined their husbands in a singing session in front of TV cameras.

The show showcased the friendship that both artists had as friends for years. The two collaborated together and were roomies in the mid-1960s. Johnny and wife June Carter Cash were guests at the Waylon Jennings and Friends variety show, Jessi Colter, Jennings’ wife, made an appearance as well during the episode.

During the show, the four were very comfortable with each other in a living room type set having some conversations and laughs, then June had this idea where women should serenade to their favorite men. Well, the two were somewhat talented as their partners so it was an easy task for them.

June Carter Cash was very playful to both the husbands,

Colter sang first, she turned to Cash before going to her husband, worrying Jennings: “I was a little worried there. It’s a terrible place to find out about a divorce.”

Colter then called the couple June and Johnny: “two of the very best songwriters in this business …. artists and two of our very favorite people.”