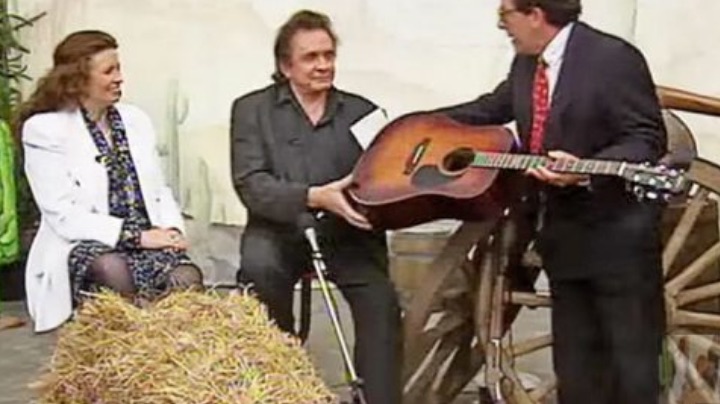 During a 1994 interview in which two country music couples gave the world a stunning performance of their classic together, highlighting their childlike spirits and everlasting enthusiasm for music.

Johnny Cash and wife June Carter Cash appeared on TVNZ (Television New Zealand) for an interview that immediately became an improvised performance that not even the show was expecting!

Fun Fact: In celebration of June Carter’s 65th birthday on June 23, 1994, Johnny Cash composed her a letter that The Independent would later consider “the greatest love letter of all time.” Per the outlet, it read, in part: “We read each other’s minds… Sometimes we irritate each other a little bit. Maybe sometimes take each other for granted. But once in a while, like today, I meditate on it and realize how lucky I am to share my life with the greatest woman I ever met. You still fascinate and inspire me… [You’re] the #1 Earthly reason for my existence.”

The love story of country music icons Johnny Cash and June Carter Cash was told in the 2005 film Walk the Line.

Watch the couple’s performance below: