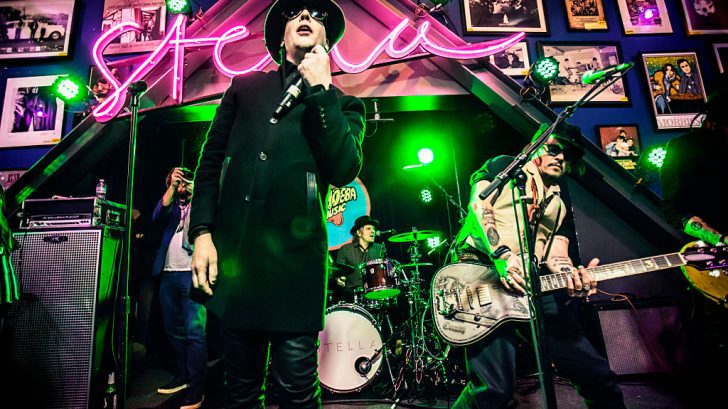 Johnny Depp had played for Marilyn Manson in the past, and it looks like he is gonna team up with him again for a long time.

Marilyn Manson took on his twitter account last January 17 that “Johnny Depp is considering a position on guitar,” and while some people seem to be staggered about the news, it’s not that very surprising at all.

Johnny Depp is considering a position on guitar. Sound great?

Over the years, both have worked together on various videos and projects, with Johnny Depp most recently appearing in the music video of Manson’s “SAY10” and “KILL4ME“, both tracks are included in Manson’s most recent album “Heaven Upside Down.”

Well, this wasn’t the first time that the actor has showcase himself as a guitarist. He and Alice Cooper, alongside with Joe Perry and Guns N’ Roses bassist Duff McKagan and drummer Matt Sorum. They formed a supergroup back in 2015 called “Hollywood Vampires,” where Depp was the guitarist.

Would you like to see both go on tour together? What do you think?