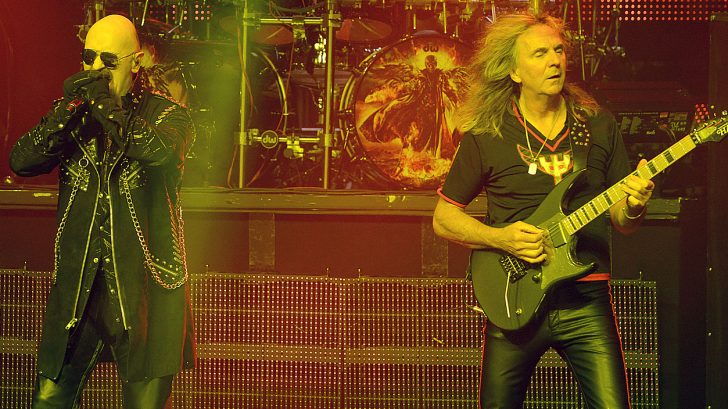 Judas Priest guitarist Glenn Tipton recently had to pull out of the band’s ongoing to tour due to a heartbreaking Parkinson’s disease diagnosis. Guitarist Andy Sneap has been filling in for Glenn for the remainder of the tour. The news of Glenn’s diagnosis was without a doubt a crushing blow to every Judas Priest fan around the world. Alongside his Judas Priest band members, Glenn helped reshape heavy metal music as we know it. He is one of the best, pure and simple.

However, Judas Priest is aiding Glenn in his battle against Parkinson’s, and is doing so with the very special thing that they’ve just launched. The band announced via Facebook the all-new Glenn Tipton Parkinson’s Foundation.

‘NO SURRENDER’ is the official battle cry of this new charity that offers support to all those affected by this terrible disease by raising funds for the groundbreaking technology necessary to fighting this disease.

Now if you ask me, this is something truly special and even after being diagnosed, Glenn is leading the charge on something truly magnificent here. Be sure to support this amazing foundation!