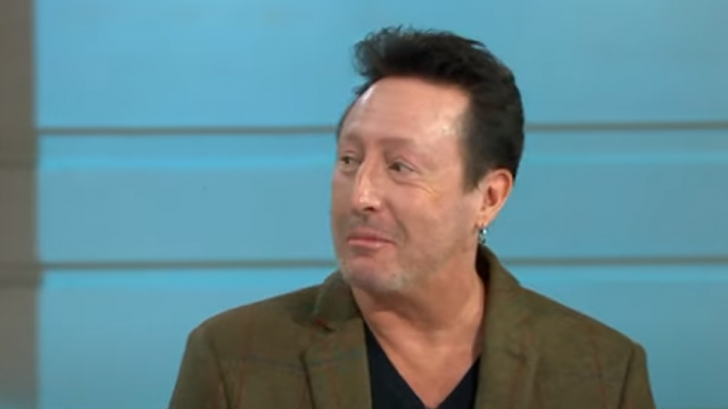 The romantic comedy Yesterday, directed by Danny Boyle, was released in 2019. It imagines a universe in which only one guy is familiar with The Beatles and uses their songs to become a well-known singer. The film, which was written by Richard Curtis of Love Actually, was a financial triumph upon its debut, earning $153.7 million.

Julian Lennon, John Lennon’s son, has pondered on the movie, which he believes was marred by one particularly “weird” moment. Despite the fact that John Lennon was assassinated in 1980, Yesterday imagines a scenario in which he lived forever. In the movie, Jack, the main character, sees Robert Carlyle’s elder Lennon, who is married and living a happy life.

Julian said to Kevin Nealon when appearing on Hiking with Kevin:

“I actually loved that film Yesterday, until they put that weird bit of an impression of what Dad would look like in his seventies and eighties or whatever, up on a Scottish or Irish island.”

“It kind of threw the whole film off for me. I didn’t get [it]. It wasn’t necessary for me, I don’t think. And it was just weird.”

Boyle said that he was aware of the scene’s potential for controversy in 2019:

“When we came to test the film, yes, there are some people that don’t like it at all. But other people like it enormously. We call it a ‘Marmite scene’ in Britain. It divides people very clearly.”

According to Paul McCartney, he really loved seeing the movie in a theater.

“Only a couple of people saw us. We were in the back row, giggling away, especially at all the mentions of ‘Paul McCartney.’ A couple of people in front of us spotted us, but everyone else was watching the film. We loved it.”

Watch the John Lennon scene from “Yesterday” below: