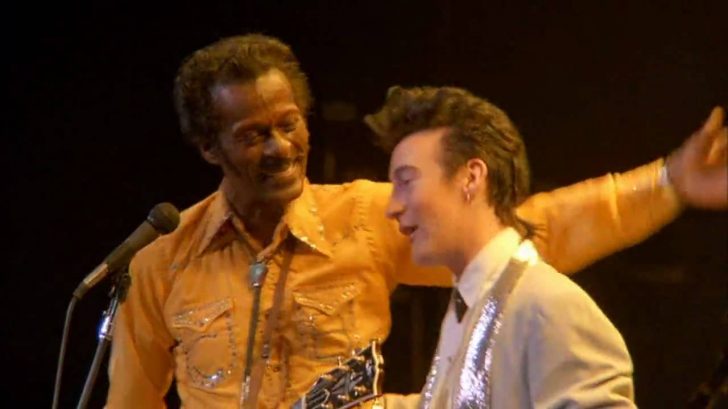 In 1984 the world of music saw with astonishment the musical emergence of a young artist, a new performer who had a legendary last name: Julian Lennon. Julian, son of ex-Beatle John Lennon and his first wife, Cynthia Powell, released his first solo album that year, “Valotte”, an album that spawned two successful singles: the self-titled single and the song “Too late for goodbyes”. the song that reached No. 1 on the Adult Contemporary Music charts.

The critics gave no court to the album, they had no mercy and all kinds of linguistic devices were used to undermine the quality of the work and the merit of the offspring of the ex-Beatle. Some people have always wondered if the response of the specialized press to this debut would have been the same if the signer had been the son of a cabinetmaker from Birmingham or a road, canal, and port engineer from Seattle.

Julian admitted that it was hard to follow in his father’s footsteps just because he is the son of the legendary ex-Beatles.

Julian never wanted to become a musician like his father but instead fell in love with acting in school, he told Larry King. However, when he picked up a guitar, “the rest is history,” he said.

At the time he did an interview with Larry King, Julian’s debut it had already been 15 years since its release.

“I’ve never had the easiest relationship, I think, with the music industry, the business, or the media, on many many levels,” Julian said. “It’s just been a tough road. I’ve been bashed a lot, you know?”

Thanks to “Valotte,” whose name alluded to the French chateau Manor de Valotte, where the songs for the album were composed in 1983, Julian was nominated for a Grammy Award for “Best New Artist”, drawing the attention of the press for the great similarity that he kept with his famous father, both in physical appearance and in his voice. The relationship between the two, however, had not been the best.