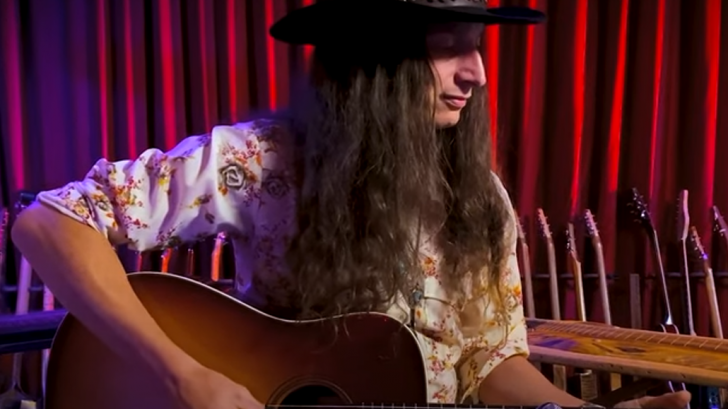 Despite the fact that Fleetwood Mac began publishing albums in 1968, it took them until 1975—with Fleetwood Mac—to get their first No. 1 album. They just added two excellent songwriters, Lindsey Buckingham and Stevie Nicks, so that was part of the reason. A year later, they published Rumours, their two-time Diamond-certified album, and finest achievement. “The Chain,” one of the album’s biggest successes, ended up becoming a musical reflection of the group as a whole.

The song is composed of several various musical parts that came together from each of them, much as they were a motley crew united together. The band’s music and its members were inextricably interwoven.

Despite years of internal conflict, “The Chain” was one of Fleetwood Mac’s biggest singles and is “an apt metaphor for the ties that bind Fleetwood Mac.”

Justin Johnson has created another incredible arrangement and rendition in the video down below. We like how Justin perfectly nails every aspect in Fleetwood Mac’s “The Chain.” Keep going for the excellent cover below: