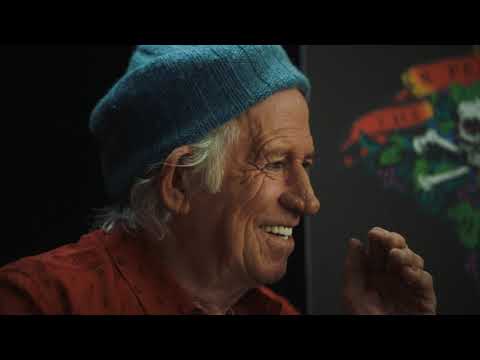 In the hours before the official announcement of the Rolling Stones’ new European tour, we find ourselves once again remembering and listening to what was Keith Richards’ second album with the X-Pensive Winos, ‘Main Offender’, released in the fall of 1992.

Right from the start, the title is a demonstration of the Chief’s sarcastic and peculiar sense of humor: “Main Offender” is a judicial term from the world of law in the United States, whose meaning in Spanish would be something like “the main accused ”, a reminder of his frequent visits to the Toronto courts in the late 1970s when he was accused of drug trafficking, and the prosecution asked for heavy prison sentences for him. He dedicated this title to himself, like when four years before he blurted out to Mick Jagger what talking about was cheap – “Talk Is Cheap”.

A 30th anniversary reissue of ‘Main Offender’ was released in the form of a box-set that is a sensational collector’s item on March 18, 2022. It comes in a slipcase that includes the original album remastered by current Rolling Stones drummer Steve Jordan, then also a drummer for X-Pensive Winos and original co-producer of the album in 1992, plus the recording complete of one of the concerts of the tour that the group did, specifically the one that took place on December 18, 1992, the day of Keith’s 49th birthday at the Town And Country Club of Kentish Town in London. The two albums are in CD and 180 gram vinyl format.

Watch the video below, as Keith Richards and David Fricke Talks About Recording ‘Main Offender’