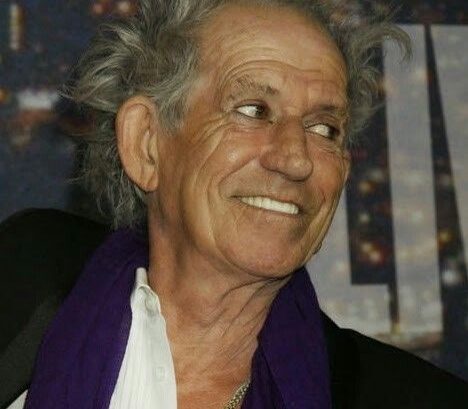 There are many more instances in which the guitarist has escaped death. Keith Richards has triumphed over many challenges, including strychnine poisoning, falling out of a tree, a house fire, a long heroin addiction, and a library collapsing on him. Given that he is still alive and well at the age of 78, Keith Richards’ amazement at surviving these incidents has caused many rock fans to assume he is immortal.

Richards’ response to these situations is frequently caustic because he has avoided death several times. He also appears to believe that an immortality cloak shields him from bad luck. However, during a radio interview in 2015, Keith Richards acknowledged that there was a moment when he had a genuine fear for his life and pondered on how his life had passed before his eyes.

The guitarist ambiguously recounted being in a car accident “a couple of times” when the interviewer asked him about the event that prompted him to feel like “this is it.” As you know, car accidents have claimed many lives in the rock scene, including drummer Nicholas “Razzle” Dingley of Hanoi Rocks. Therefore, it must have been traumatic for Keith as well. Richards remembers “flying through the air in a Mercedes upside down” and feeling as though he had arrived at the end before crashing to the ground. He continued, nevertheless, that the only thing he could do was live his life as normal since it did not also mark the death of him.

Keith Richards had the following response when questioned about his most unforgettable close call:

“Well, there’s been a few times of flying through the air in a Mercedes upside down and hitting the ground three times where you do kind of sort of get the hint that maybe this is it. But if it ain’t it, then you just carry on with life, right? I mean, boo, we all bump into death at one time or another, honey.”