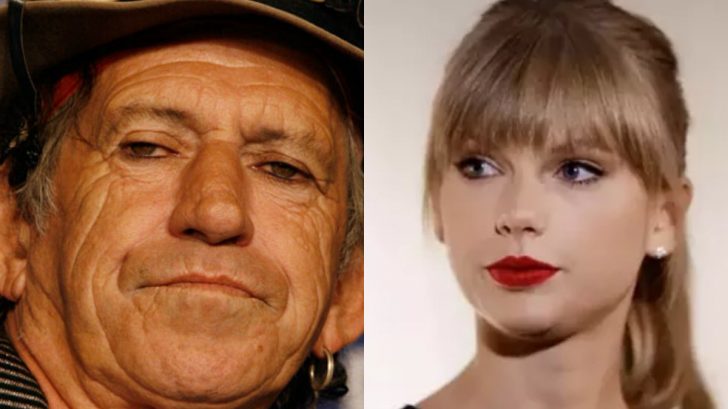 In an interview with the Wall Street Journal, the rockstar guitarist comments that Swift won’t be around in the industry when he was asked about the popstar’s success, simply dropping the words,

“Good luck girl — wish her well while it lasts.”

Not sure the wrathful army of Swifties would like that statement. But Richards doesn’t care. He just knows. His showbiz wisdom is that of a wise old wizard that has seen many things throughout the years. He added:

“I’ve just been around too long to be picking the bones out of kids. It wouldn’t be fair of me and I’ve always been an opinionated bastard anyway.”

He didn’t say anything further than that. Richards has been known to speak before he thinks about what he says. He did at one point have to apologize to Rolling Stones bandmate Mick Jagger for saying in public that the rocker needs to have a vasectomy after Jagger fathered his eighth child.

Maybe Richards had also forgotten that Swift actually joined them onstage on 2013 during one of the band’s summer gigs in Chicago, Illinois. Another collab would be awkward!