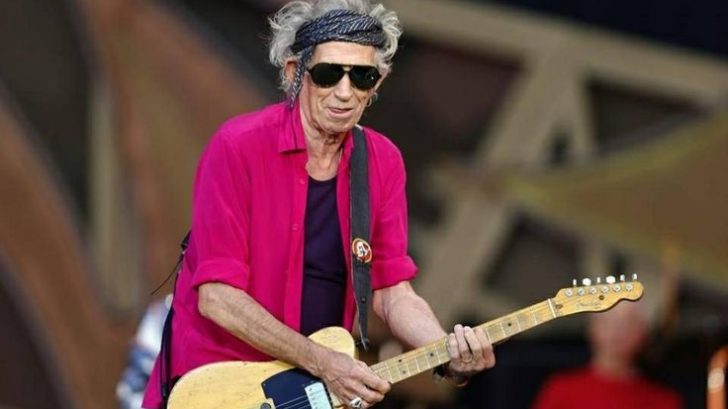 “Honky Tonk Women” is, without a dobut, one of the Stones’ famous tracks. Keith Richards revealed why the Rolling Stones wrote the song when they were in South America. He later said that the song had a knack for making fans dance.

According to the book Keith Richards on Keith Richards: Interviews and Encounters, Richards talked about his fondness about South America in a 1971 interview. He said that São Paulo, Brazil is an amazing place. “Which is, in the south, as fast as New York, as speedy as that in tropical conditions, it pours down rain for 10 minutes then the sun comes out and it’s a hundred and twenty, and the place starts to steam,” he said. “Millions of people rushing about … all for Coca Cola.”

Comparing the music scene in São Paulo with New York City, he added: “Lot of good guitar players down there. All over South America, it must be the most widely played instrument.”

‘Honky Tonk Women,’ was written because Keith and Jagger went to a cowboy ranch.

The song was written while Jagger and Richards were spending the 1968 New Year’s Eve parties in Brazil. Inspired by the gauchos they met at the Sao Paulo ranch where they were staying. It was initially conceived as an acoustic country song, based on Hank Williams’ Honky Tonk Blues.

Richards revealed what the group did during their trip to South America. “Went to a ranch and wrote ‘Honky Tonk Women’ because it was into a cowboy thing,” he said. “All these spades are fantastic cowboys. Beautiful ponies and quarter horses. Miles from anywhere. Just like being in Arizona or something.”

Richards said, “Honky Tonk Women” was able to make fans dance. “We’ve never known why,” he noted. “There’s always been a few songs that do that. If they weren’t dancing by then, you’d know you weren’t getting it on. The guitar is in open tuning on that, I learned that particular tuning off Ry Cooder.”

As for its theme, a “Honky Tonk Woman” (Cabaret Woman), is a woman who dances in a bar in the southwestern United States and possibly works as a prostitute. The setting the song describes is in Memphis, Tennessee, while Country Honk mentions Jackson, Mississippi. Like many Rolling Stones songs, it has highly suggestive lyrics, but subtle enough to keep it from getting banned by radio stations.