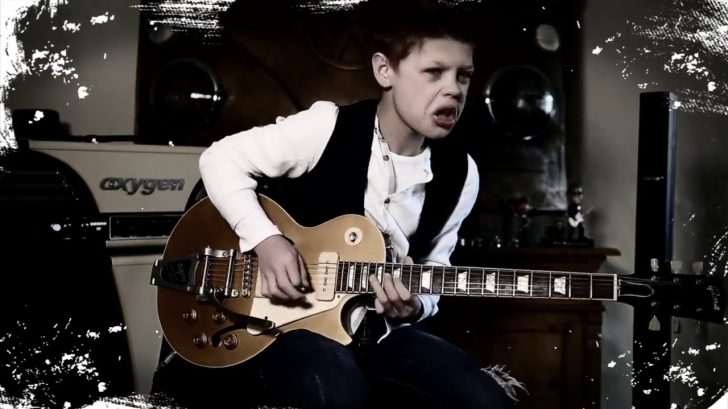 There is no doubting that the young Toby Lee has music pouring through his blood after seeing this rendition. Lee’s heart, love, and skill at such a young age are nothing short of amazing.

His biography states that Lee began to play music when he was four years old after receiving a ukulele from his grandmother. When he got his first guitar at age eight, it also happened to be the day he met Mick Box of Uriah Heap. When he sent BB King a guitar-playing “get well” letter, word of his skill quickly spread.

He soon began to appear on several BBC radio and television shows, such as TFI Friday and Tonight at the London Palladium. Additionally, he had the privilege of sharing the stage with incredible musicians like Bernie Marsden, Walter Trout, and McFly.

But it was his rendition of Doobie Brothers’ “Long Train Running” in 2018 that caught people’s attention.

Toby Lee is an excellent guitarist. His lead guitar playing is very incredible. Enjoy his performance of “Long Train Running” by the Doobie Brothers. Keep going for the video below: