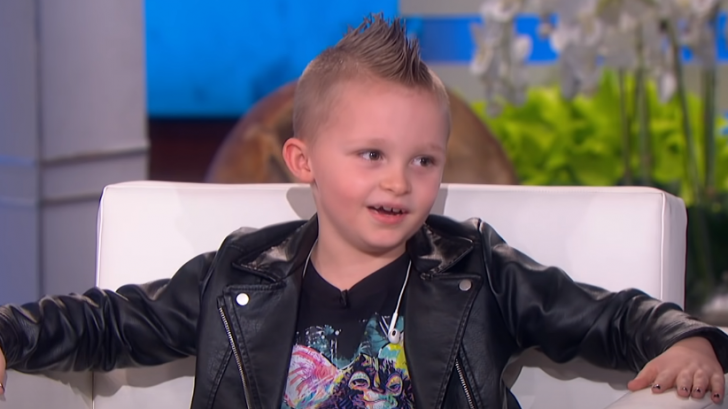 Years after presenting to the world all the talent of the young Nandi Bushell, Ellen DeGeneres returned to count with another musical prodigy in her program. Caleb Hayes is a 7-year-old boy who performed last week on “The Ellen DeGeneres Show” to play a version of Slipknot’s “Sulfur” on drums.

Caleb!! Once again, you’ve made all your big brothers in @slipknot proud!??❤️?? What a way to own the moment, and deliver a fantastic performance. So stoked to see you rip it up on @TheEllenShow, and that you’re heading home with a new @SJCdrums snare ??? pic.twitter.com/ZWel3AHCYO

The show began with Hayes delivering an abridged version of ‘Sulfur’ to perfection, before sitting down for an interview with the host.

After performing the smash hit Sulfur, Caleb shared his musical journey with Ellen, telling the host during the interview, Caleb that he started playing drums at the age of two, following in his father’s footsteps. Furthermore, the young man cited Slipknot as his favorite band.

At the end of the interview, the boy was himself surprised by a great gift: a snare drum of the same model as Jay Weinberg, drummer for Slipknot, who later praised Caleb on social media.