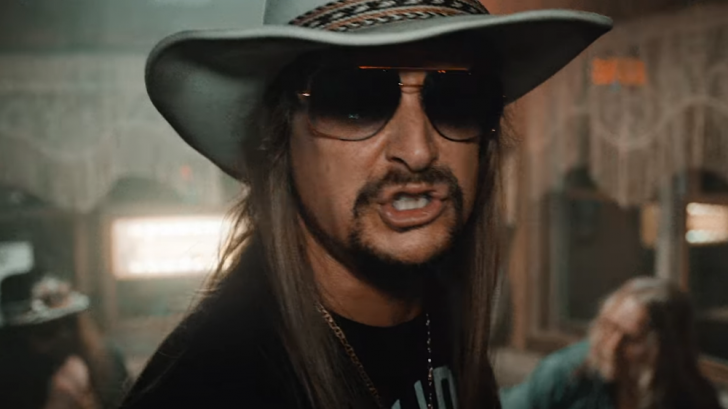 Kid Rock’s 6,000-square-foot Detroit River house was sold for slightly more than $2 million. According to the buyer, he appears to have been in a rush to go or didn’t seem to care whatever he left there.

Amy Trahey, the buyer, has a purpose for purchasing the property, and it isn’t because she’s a fan. As per Crain’s, that’s because her husband took them to a Kid Rock concert for her 40th birthday, and when he died, she viewed it as a message to buy the property.

“I’m super devastated. I lost my soulmate, but he’s showing me signs of things to do,” Trahey said. “I think it’s a party house, but it feels like a family house at the same time.”

While it is now her house, Trahey claims the singer left certain belongings behind.

“There’s salt and pepper and liquor everywhere,” she explained, moreover, there was “a refrigerator full of stuff,” including ample quantities of Badass beer.

While Rock isn’t the most recent owner, the previous owner had maintained the pieces of furniture as-is before selling property to Trahey. According to Matt O’Laughlin, a Real estate broker at Max Broock Detroit who offered Trahey the house, “Kid Rock grabbed his underwear and shirts and just took off.”

The realtor added, “It’s still very much Kid Rock,” explaining that photos, album covers and a customized table with an eagle and “American Badass” were among the things abandoned.

The Detroit mayor’s residence is one of those uncommon mansions, being one of the very few that are really waterfront. The Detroit home stands on almost an acre and was clearly designed to impress. Inside, there is a boathouse with an upper balcony, a theater, a poker table, and several bars.