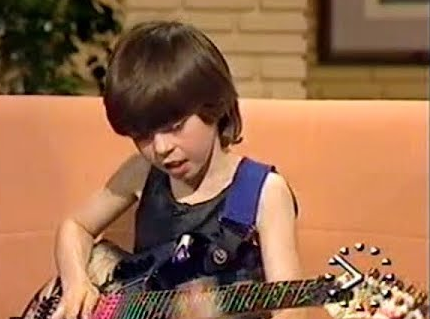 A vigorous hard rock, played in a wonderful way and formed and produced by Steve Vai in 1991, where the guitarist was perhaps at the height of his career as he had just left Whitesnake and decided to be the mentor of this band where everyone was teenagers over the age of 16 years and with enormous technical quality being a co-author on several tracks on the band’s only record, the album “Refugge” from 1992.

Although the debut album was very good, grunge exploded, Hard Rock lost space in the music scene so the young boys ended this promising band. The band’s great success was the cover they made for the 1985 song by the great Phil Lynott (Thin Lizzy) “Nineteen”.

If you remember the Bad4Good, the band that was created by Steve Vai, you’ll be shocked to see how skillful the members are especially Thomas McRocklin whom when he was just 12-years-old had already emerged in the spotlight appearing in a breakfast TV show Live, shredding his guitar and stunning the TV host.