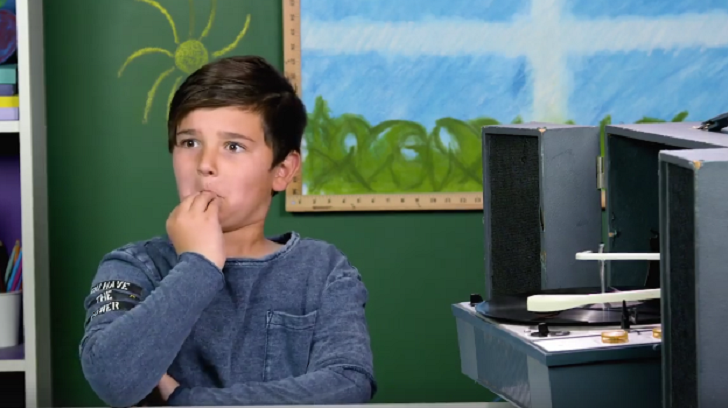 “This is the only way they can listen to music?”

First off, kudos to the kid who has a record player at home! And second, to the little girl who was shocked that some people still use this today, imagine her reaction if she finds out there are modern record players with built-in speakers, recording and bluetooth function!

Besides, think about how mind-blowing it was to them when they realized back in the day, there were no iPods or smartphones. Plus, people could only listen to music using record players AND by tuning in to radio stations – no streaming, downloading or YouTube.

Fun fact: The first commercial vinyl record player was released in 1895 but its history goes back to 1877.

Oh and we’re actually pretty pumped up that most of these kids know how this device works! And the way their faces lit up when the song started to play! Man, do you feel old yet? Because we do!