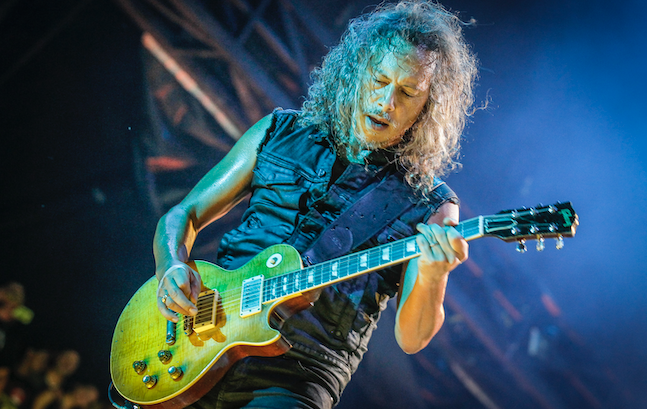 Despite a period of extravagance and debauchery, aged rock musicians frequently have periods of enlightenment and remorse. While being young, loose, and carefree is definitely “rock ‘n’ roll,” it also comes with a lot of blunders. Most of us have regrets, large or little, and several appear to have no remorse whatsoever, but now even those who have had more than their due proportion of fortune often wonder, “What if?” Metallica’s legendary lead guitarist Kirk Hammett would struggle to meet regret going across his record, as his followers would testify, but it appears he has a very large one in his personal life.

In a Q&A with Kerrang in 2020, Hammett said that his main regret was his connection with booze. While the musician had always loved drinking and had thankfully never allowed drunkenness to get to a dangerous level, he wished he had quit ages ago.“I would have stopped drinking 10 or 15 years ago,” he said. “Don’t get me wrong, I really enjoyed being a raving alcoholic lunatic, but then everything turned against me.”

He continued: “Every time I had a drink, it worked against me rather than helping me to enjoy myself in a recreational manner. That’s the thing about alcohol: if you’re not paying attention and something happens, it could flip on you and next thing you know, you’re on the downside of things rather than on the upside.”

He said that his regular alcohol consumption was supplemented by binge sessions after concerts. “For fucking decades, I’d go out after a show and carry on all night. I’d go back to the hotel room and play guitar for two or three hours and not remember anything the next day. I’d pick up the recorder and think, ‘What the fuck is this garbage?’ I did that for fucking decades. I stopped drinking and now I go back to my room and play guitar and remember everything!”

Hammett’s sudden sobriety has enhanced his memory retention and musical growth, in addition to having a clear health benefit. “I can pick it up from the night before. I still feel like I’m growing as a musician, and I like having that clarity of mind and having a really strong relationship with my instrument and the music. I wish I had gotten to this point a lot earlier in my life. But hey, everything’s meant to happen for a reason.”