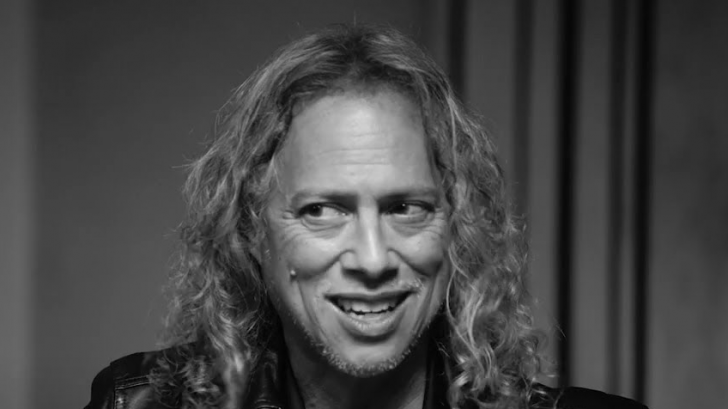 Kirk Hammett, the guitarist for the legendary band Metallica, has revealed that when he was writing “Enter Sandman”, he wanted it to be Deep Purple’s next “Smoke On The Water”.

The musician spoke with Guitar World and explained about the creation of the song. He also talked about how he got inspiration from Soundgarden to create the riff.

“I sat down and I said to myself, as I always do, ‘I want to write the next “Smoke on the Water.” And I just started messing around. I got the swing kind of feel going, and then I was thinking of Soundgarden and how they were using dropped tunings.”

The Soundgarden song that inspired him was “Louder Than Love”

“This was when grunge was at its earliest stage – we’re talking late 1989 or so. No one was even calling it grunge yet. But I was loving a lot of it, and it was influencing me somewhat.

“I wasn’t playing in a drop tuning, but with those tunings, it’s often octave work – you get the low D, and then you go to the upper D and it sounds really heavy. I wasn’t in drop D, I was just in E, but I was messing around with the low and high octaves, and then I threw a tritone in there, an A#, went to the A, and that’s the riff that came out.

“I remember that when the first part of it came to me, I thought, ‘It sounds like it’s asking a question, and now I’ve got to resolve it.’ So that’s where the chunky chord part, with the G and F#, came in. And famously, when I originally wrote the riff, that chunky thing happened at the end of every line.”