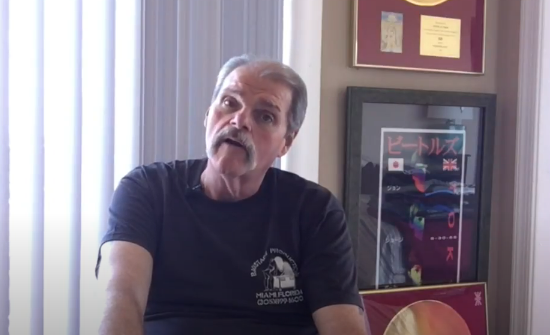 Perhaps “Big” John Harte is not the most recognized character since his life instead of being public like the musicians, he was behind the scene as a bodyguard for Iron Maiden, Billy Idol, and KISS.

Harte died at the age of 70 on February 11 at his home in Hollywood.

Born John Joseph Harte III in Newark, New Jersey, on November 15, 1951, he was the eldest of two children raised in a traditional Irish-Catholic family in the nearby city of Passaic. When Harte’s mother unexpectedly passed away, he helped support his family while dreaming of becoming a famous musician. The Rock and Roll band Harte played drums for didn’t last long, but a chance experience keeping people at bay outside a GRATEFUL DEAD concert would change the trajectory of his life.

Paul Stanley and Gene Simmons sent him emotional messages, but there is no more sentimental than Ace Frehley’s:

“He was my bodyguard and very good friend!” former guitarist Ace Frehley said on Facebook. “He saved my life more than once! Wish I could have saved him. … Over the years we always stayed in touch, even after I left Kiss.” Describing Hart as someone who was “loved and respected by many in the music business,” he concluded: “A very sad loss! I’m destroyed!”

Rest In Peace, John Harte. A wonderful man. He was our security guy in the 70’s. Our prayers and condolences to his family. https://t.co/4XtElbigTN

How very sad. “Big John” Harte was with us from the beginning and has ALWAYS been family. He fought valiantly and relentlessly against cancer and I was thankful to be able to cheer him on. He remains a legend in KISSWORLD. My condolences to MaryAnne and Brian. https://t.co/AAXm0OT5by