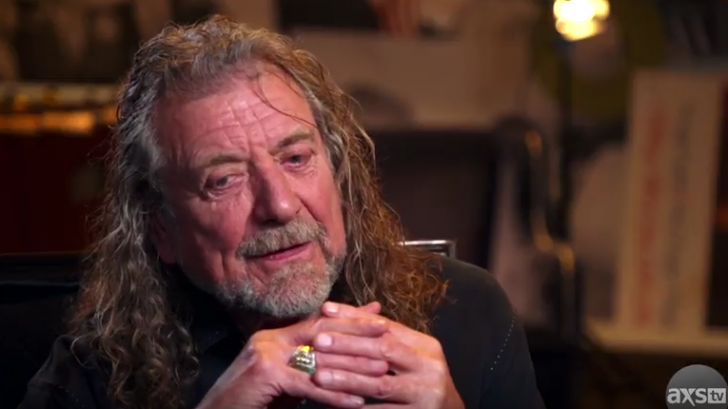 We’ll be honest, we could listen to Robert Plant talk all day long. This clip is taken from an episode of The Big Interview with Dan Rather which aired last March 13. You see, Robert Plant is one of those musicians whom we find absolutely fascinating and so this insight into how he went from being an ordinary teenager into a widely recognized frontman of a legendary band is nothing short of interesting.

“I’ve been a music fan, and a fan of all things interesting and occasionally unique, all my life … So I’m always a member of the audience and an entertainer, really. Sometimes it’s clever – sometimes it’s a real flop.” – Robert Plant

He’s a creative genius and with Led Zeppelin’s 50th anniversary just a few months away, we would want nothing more than to see him reunite with Jimmy Page and John Paul Jones. But, not for the first time, he shot down rumors saying:

“For me, my time has got to be filled with joy and endeavor and humor and power and absolute self-satisfaction. That’s not with Led Zeppelin. That’s doing what I’m doing right now, with this band, on this tour.”