The acoustic guitar used by Kurt Cobain for the Nirvana 1993 ‘MTV Unplugged in New York is set for auction next month.

Julien’s Auctions CEO Darren Julien said in a statement, “This important guitar has earned its rightful place in rock & roll history as the instrument played by one of rock’s most influential musicians and icons in one of the greatest and most memorable live performances of all time.”

Kurt Cobain’s acoustic guitar comes with the original hard-case Cobain kept it in, featuring a flyer for Poison Idea’s 1990 album ‘Feel the Darkness’. The case also includes a half-used pack of guitar strings, picks, and a suede “stash” bag.

The ‘MTV Unplugged’ performance setlist will also be included in the auction. MTV Unplugged collectibles are up for grabs as well such as a smashed Fender Stratocaster used by Cobain during their 1994 ‘In Utero’ tour, and the Cobain’s shirt in the ‘Heart-Shaped Box’ music video. 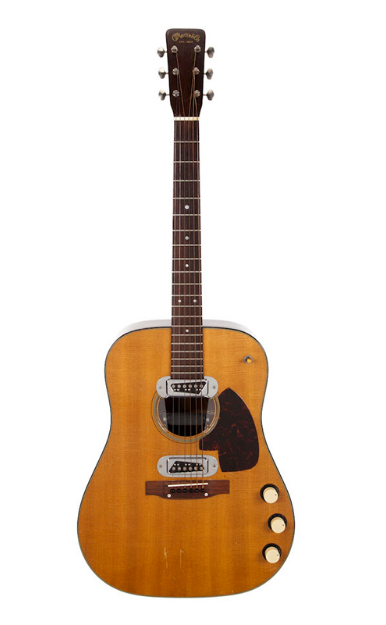