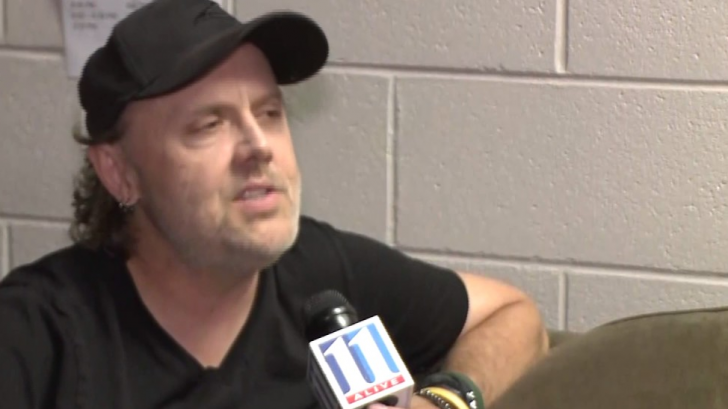 Metallica drummer Lars Ulrich was another musician to highlight the relevance of Charlie Watts to Rock history.

The death of Charlie Watts continues to unleash reactions in the rock world. The one who has spoken on this occasion has been Metallica’s drummer Lars Ulrich, who described the death as “the end of an era.”

This event has marked a before and after. It will surely also leave a mark on those who have known the current Rolling Stones lineup for decades.

In an interview with Rolling Stone, Ulrich said he was shocked to learn of Watts’ death and that she “hits hard on many levels” because, “as a Stones fan, it’s sort of the end of at least an era within that band, because he was the only drummer that ever recorded with them.”

Lars also talked about how Charlie — who had been a member of the Rolling Stones since 1963 — inspired him in the profession, citing him as an influence on Metallica’s own work including even the Black Album, which is celebrating 30 years in 2021:

Charlie has always been that driving force. He could kick these songs and make them swing, make them swagger, still make them have that attitude, that pocket. Seeing him do that way deep into his seventies has been such a life-affirming thing. [Metallica are] a good 20, 25 years behind, but it’s given me a lot of faith in the possibilities of what it can continue to be — music, concerts, connecting to fans, connecting to each other as a band. There’s nobody above them on that pyramid, and there’s nobody above Charlie on that pyramid. Of course, there are a couple of incredible jazz drummers who played into their eighties, but there’s been nobody above Charlie in the rock ‘n’ roll pyramid in terms of being out there and doing it.”

Charlie Watts died this Tuesday (Aug. 24) at 80 years old. The cause of death has not been revealed, but he underwent a theoretically successful procedure a few days before he left us.