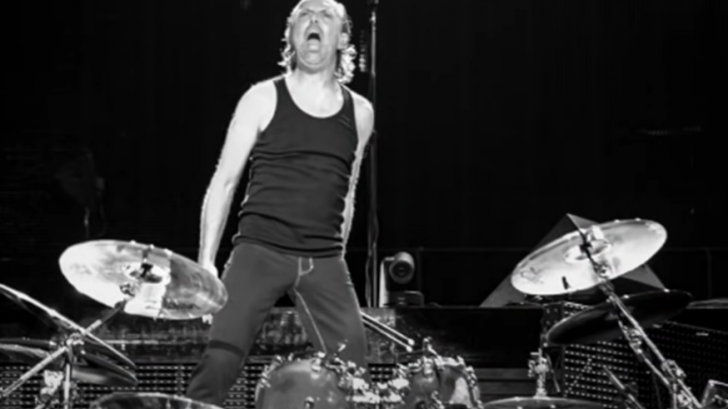 One of the most influential bands of all time is Metallica. Whatever your opinion of their more recent songs may be, there is no denying their contribution to the growth of metal. The California band has received support from musicians as diverse as Korn, Snoop Dogg, and even Avril Lavigne, demonstrating the extent of their music’s appeal.

However, Metallica are first and foremost fantastic musicians, and over their history, they have provided us with innumerable legendary moments. One of the most exhilarating and significant is 1986’s “Master of Puppets,” the sole single from the album of the same name. It is a classic of thrash metal that contributed to the genre’s gospel.

It was recorded in Sweet Silence Studios in Copenhagen, Denmark, from October to December 1985. It is a challenging composition with dynamic locomotion. “That one took some time,” producer Flemming Rasmussen stated to Rolling Stone in 2016. “There are a lot of different parts and melodies, but it’s a primo song.”

Rasmussen instructed the band to tune their instruments somewhat lower than normal in order to combine them with the faster-playing records and create the booming effect that has made the track so significant. This was done to tighten up the sound. He clarified: “We banged it out a couple of times and decided on the one with the best feeling, because they’d have to play it live.”

With “Master of Puppets,” the band thought they had hit the jackpot, and it quickly became Cliff Burton, the late bassistfavorite ,’s song they had ever written. “My favourite song is ‘Master of Puppets,’” Burton revealed in a 1986 interview. “I think it’s the best Metallica song yet.”

The anti-drug messages in the song are also well known. “I just went to this party in S.F. and there was a bunch of sick freaks shooting up, and it made me sick,” Hetfield said in 1986. “It’s not about any drug in general but people being controlled by drugs and not the other way around.”

While there are many reasons to admire “Master of Puppets,” Lars Ulrich’s performance is one of its best. In addition to providing a tremendous rhythmic foundation that held the tune throughout, he served the song to the fullest extent, allowing the rest of the band to express their collective force through their visceral down picking.

Fortunately, the track’s isolated drum recording has been found, and it allows us to fully appreciate Ulrich’s genius and demonstrates why he has always been regarded as one of the finest behind a drum set.