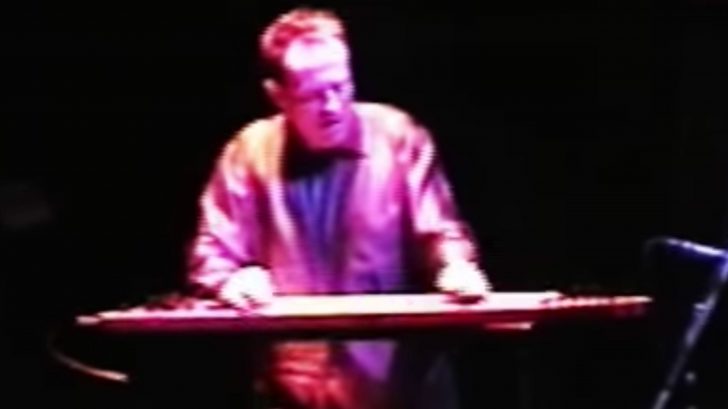 Ok, it’s official. John Paul Jones of Led Zeppelin might just be the coolest human being on planet Earth. Possibly the most interesting man in the world. All jokes aside, it’s quite a treat to see such a rock legend still going strong, showing off his talents and sharing with the modern world what real music and rock n’ roll used to be.

In this clip we find the Led Zeppelin bassist doing something different. Here he plays the vocals and melody on this steel guitar with full band behind him. Never thought something like this could sound so sexy! That riff is arguably one of Zep’s most famous, and he turns it up a notch.

Besides, he created this signature riff so you know, the guy’s talent is clearly no joke.

“I wanted to try an electric blues with a rolling bass part. But it couldn’t be too simple. I wanted it to turn back on itself. I showed it to the guys, and we fell into it. We struggled with the turn-around, until [John] Bonham figured out that you just four-time as if there’s no turn-around. That was the secret.” – John Paul Jones

JPJ was always Led Zeppelin’s secret weapon. He wasn’t flashy and he never tried to steal the spotlight from anyone. He was more than content staying in the background but that didn’t necessarily mean he was lacking in the talent department. On the contrary, he’s criminally underrated. His mad skills and musicianship deserve more credit and appreciation.

Even if this was only filmed by a fan in the audience, you still get to experience the raw energy from this concert. It’s hard not be mesmerized and impressed with JPJ. He was always “out there” with his performances.

Hear the crowd. Feel the music. Rock will never die.