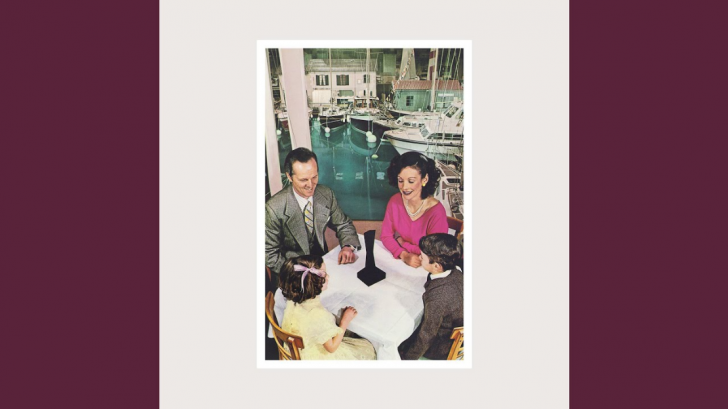 The album “Presence” was recorded shortly after Robert Plant recovered from a severe accident in both physical and psychological terms. All work on the record lasted 18 days, and its quality is “somewhat” appropriate.

The first song, “Achilles Last Stand,” opens with a runaway rhythm. No one would dare say that this track is ugly, it’s defo one of the band’s best songs – this is a very noticeable introduction to the album. Moreover, there is even something significant in this song, and that’s enough to forgive it even for the excessive duration.

Nobody’s Fault But Mine

Song “Nobody’s Fault But Mine”. What can we say about this composition, or rather, about its lyrics…?! Why is “ah, ah, ah” repeated indecent times, but still gives you eargasms? If you pay attention to the music in general, then as part of the work of Led Zeppelin, it sounds quite original.

As for the second track on the album, “For Your Life”, it’s hard to find the right words to describe the catchy riff, but yet, it’s not fantastic but good to listen from start to finish.

We can say the same thing about “Royal Orleans.” It only gets better if you listen to it multiple times to appreciate and there’s nothing to add.

The final torment is “Tea for One.” This is a slow, unremarkable blues. And again, baby, and again baby. Irrelevant to the song, but yeah, it’s Robert Plant’s signature.

This is by far the weakest album of Led Zeppelin. All of their previous albums are at the highest level. But on this record, there is Achilles, which was the only reason we can truly appreciate the album – a masterpiece and one of the best songs of Led Zeppelin.