via irishtimes.com (Robert Plant, left, and Jimmy Page perform in Chigago in 1977.)

One of Led Zeppelin’s masterpiece 1971 classic “Stairway to Heaven” is heading back to trial.

A U.S. appeals court has ordered to get the classic song “Stairway to Heaven” back to court for a new trial in regards to copyright controversy that actually started from a 2016 case in which Led Zeppelin blatantly accused of ripping off the opening acoustic riff for its famous song from the band Spirit’s 1968 track “Taurus,” a song included on their self-titled debut.

During the 2016 case, Led Zeppelin were found not guilty, though the USA today recently reports that there were three judges of the 9th U.S. Circuit Court of Appeals has unanimously ruled that “the lower court judge provided erroneous jury instructions” and has ordered to get the case back to court for another trial. 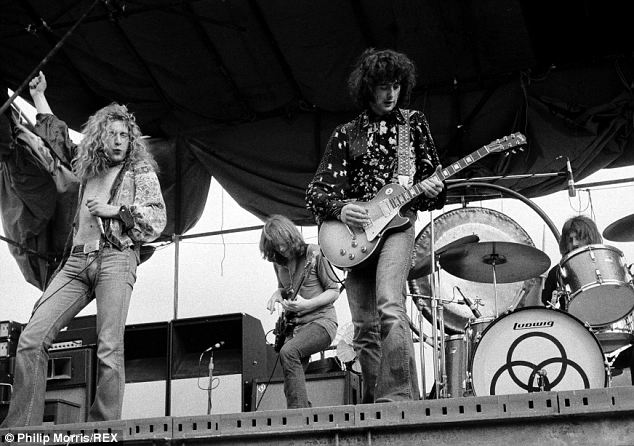 Back in 2015, a member of a board for the estate of Spirit’s late guitar player and “Taurus” composer, Randy California, was the one who filed a lawsuit against the Led Zeppelin, charging them with ripping off the iconic opening riff heard in “Stairway to Heaven” from their song, which was released three years earlier to “Stairway to Heaven.” Randy California died in 1997.

During the 2016 five-day trial for the case included guitarist Jimmy Page and Robert Plant, who are credited with writing “Stairway to Heaven” testified to the court that their song was an orignal material written by them.

Jurors during the trial agreed, even though California owned the copyright to “Taurus” and Jimmy Page had heard it in the late 60’s/ Still, the jury concluded, “there was no substantial similarity in the extrinsic elements between the songs.”

This recent news will probably a problem for Led Zeppelin’s 50th anniversary year, which has produced a couple of “remastered live albums, a new photo book and, just yesterday, the release of three new digital collections: a 30-track compilation, a 10-track Introduction to Led Zeppelin and the non-vinyl debut of the two previously unreleased song mixes.”

What do you think? Did Led Zeppelin Ripped-Off Spirit’s song Taurus?