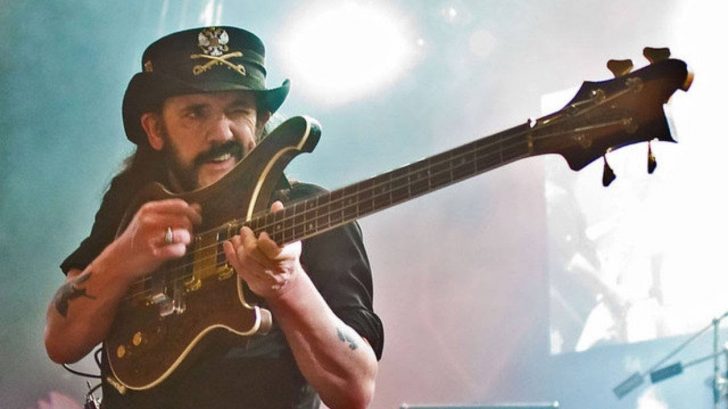 In bullet casings! That’s where the ashes of Motorhead frontman Lemmy Kilmister ended up. Some bullets were later distributed among his closest friends. We learned this from Riki Rachtman, radio and television host who became even more famous after his stint on MTV’s Headbanger’s Ball.

“Before his death Lemmy asked for his ashes to be put in some bullets and handed out to his closest friends,” Rachtman captioned in his photo Tweet. “Today I received a bullet and was literally brought to tears.”

Before his death #Lemmy asked for his ashes to be put in some bullets & handed out to his closest friends Today I received a bullet & was literally brought to tears Thank you @myMotorhead pic.twitter.com/gnI9aWe4iU

If we go back a little further in time, we find that a very similar message was posted by the now-retired professional tennis player Pat Cash. Specifically, it was in February 2020 when the former Wimbledon champion published an image of one of Lemmy’s bullets, clarifying that it had just been delivered to his good friend Whitfield Crane from Ugly Kid Joe.

“Lemmy (RIP) from Motorhead asked that his ashes be put in some bullet and given out to his closest friends,” Cash revealed. “Last night one was presented to my mate Whitfield Crane whilst we were having dinner at Lemmy’s bar in ‘The Rainbow.’”

Family and friends said their last goodbye to Lemmy precisely at the Rainbow Bar And Grill in Los Angeles, California (USA). The events in memory of the artist exceeded the expectations of the organizers, who had to extend the framework of the celebration to the entire area of ​​the Sunset Strip (West Hollywood, California, USA).

Lemmy is undoubtedly still making noise and surprising us. How about this for a gift from the bass player for his best friends?