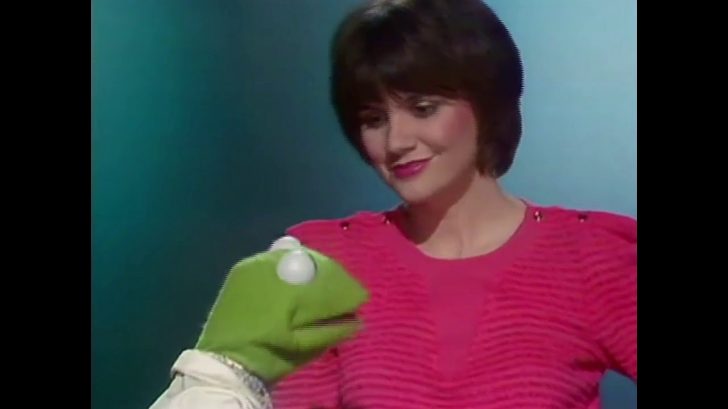 “When I Grow Too Old to Dream” was written by Sigmund Romberg and verses by Oscar Hammerstein II, issued in 1934.

The track was presented by Evelyn Laye and Ramon Novarro in the movie The Night Is Young (1935). Since then the song became a pop gem, covered by many artists, such as Nat King Cole, The Everly Brothers, and most notably by Linda Ronstadt in the Muppets show.

Linda and Kermit shared a poetic moment, performing ‘When I Grow Too Old to Dream’ during the show.

Onstage, Linda informs Kermit that she acknowledges his heart will always be with Piggy. Kermit answers, “You may know that, and Piggy may know that, but the vote’s not in yet from the frog.” And together they sang the song.

Created in 1976, the Muppet Show was the culmination of Jim Henson’s doll-making career. Henson was born in 1936, in Leland, Mississippi, USA. At a young age, his family moved to Maryland. It was there that Hanson had the initial impetus for his career. He was fascinated by TV and imagined a way to participate in it. In 1954, he entered the University of Maryland and learned that a local TV station was looking for someone to manipulate dolls to participate in a children’s program.