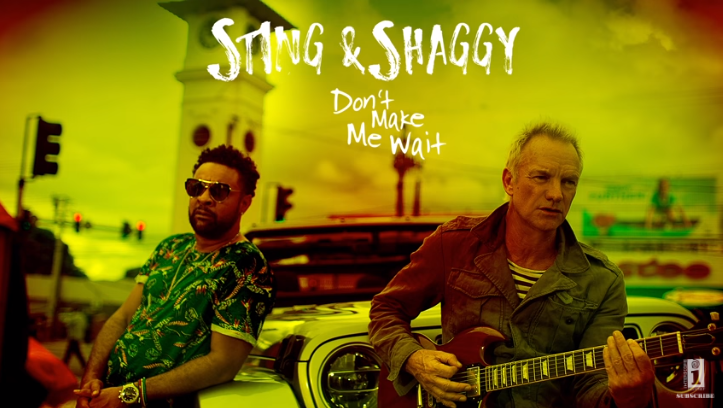 Great news from Sting and Shaggy, they will release an “island-influenced” collaborative album.

The album will be called 44/876′, and it will be available on April 20 this year. Both will share the album’s lead single “Don’t Make Me Wait” on all streaming platforms this January 25.

According to a press release, the pair came by with the album because they “got together to jam and write music that reflects their mutual love of Jamaica, its music, people, and culture.”

Martin Kierzenbaum, Sting’s manager and former A&R executive for Shaggy was the one responsible for the apparent introduction of both. The album was produced by “Sting International” (Sting International has no relation to Sting the performer whatsoever) – who happens to worked for Shaggy previously on his signature hits “Boombastic” and “It Wasn’t Me.”

“The most important thing to me in any kind of music is the surprise … And everybody is surprised by this collaboration – by what they’re hearing. We’re surprising.” -Sting told Rolling Stone

“Doesn’t that just sound like something that hundreds of women would get pregnant too?” – Shaggy said while discussing the single “Don’t Make Me Wait.”

The pair debuted the song at a charity concert in Kingston, Jamaica, just recently this month.