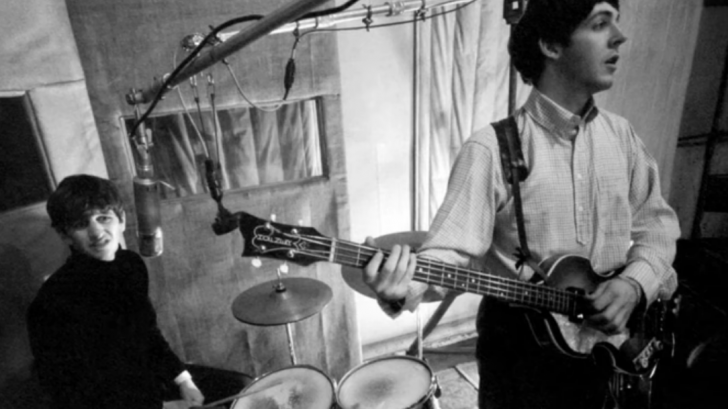 As they gathered at Abbey Road Studios to record “Little Child,” one big alteration had took place: Rigo Starr had refused to take lead on the tune for whatever explanation. As a result, Lennon and McCartney took up lead vocals, with Lennon on rhythm guitar and harmonica, McCartney on bass and piano, George Harrison on guitar, and Starr on drums rounding out the lineup.

You can listen to the deconstructed isolated tracks in the video below, with Bass + Drums start at the beginning while Harmonica + Piano + Guitars on the 1:42 mark, and Vocals at 3:27.

The raw tone of Lennon’s harmonica adds to the sensual intensity, with the solo suddenly stopping to deliver the last lyric. The yelling at the start of the instrumental interlude reconstructs the Beatles’ live act, motivating the other members while also thrilling the crowd. As proven by the Star Club concerts and prior songs such as “Twist and Shout,” it’s a tactic they employed regularly.

“Little Child” was never played live or issued as a single by the Beatles, yet it is still a great track. “Little Child” may not push boundaries in terms of lyricism or structure. It does, nonetheless, provide a tempting image of the Beatles’ spontaneous tone, providing a glimpse of their formative days in seedy clubs. The music energizes the audience with its thunderous percussion and bass, Lennon’s harp, and exuberant vocal performances by Lennon and McCartney. Look no farther than “Little Child” for unadulterated R&B and rock.