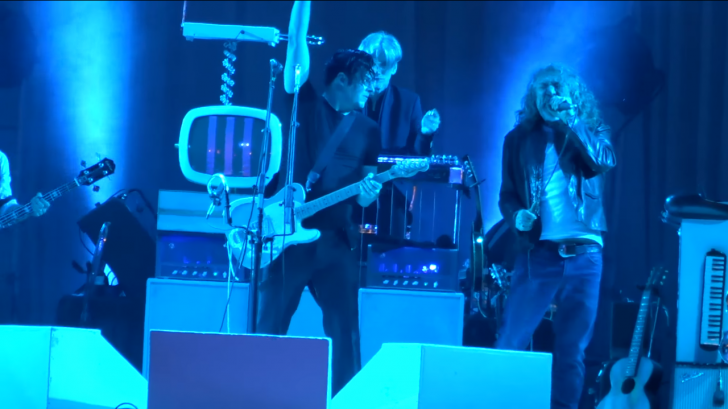 Jack White and Royal Blood have Led Zeppelin playlists on the band’s ‘playlist generator,’ in honor for the 50 year anniversary of their second LP Led Zeppelin II.

As an outspoken Zeppelin fan, it’s no surprise that Jack White’s playlist takes a deep dive into the band’s mixes and live recordings. In the past, he’s described them as an “immovable force in music”.

The playlists that White’s created from the ‘playlist generator,’   includes a handful of deep cuts, such as the alternative renditions of Two Ones Are Won (Achilles Last Stand) and St. Tristan’s Sword. He also included live recordings from Zeppelin’s BBC Sessions.

Robert Plant joined Jack White onstage during the Lollapalooza Argentina music festival in 2015 to perform one of Zepellin’s hit The Lemon Song: a cut from Led Zeppelin II.

The Lemon Song also is included on his curated playlist.

Led Zeppelin II was released in 1969 and widely considered as one of the most successful and Zeppelin’s greatest albums of all the time.