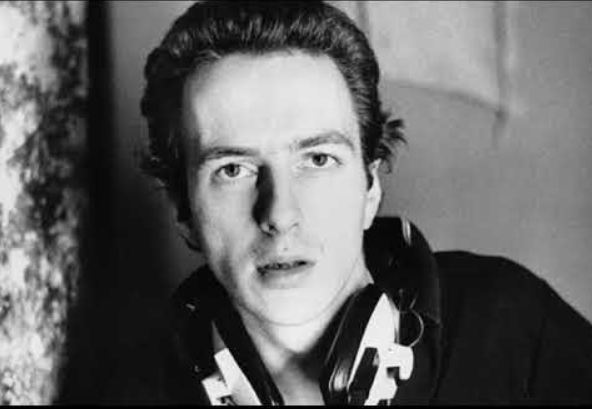 Joe Strummer, the lead singer of the group “The Clash”, a British band that has put an indelible signature on the history of punk rock.

Much is known about the life of John Graham Mellor: he was born in Ankara, Turkey in the year ’52; his mother was Scottish and his father an Indian diplomat during colonial times. They traveled constantly due to the work commitments to which their father Ronald was tied and have come to live in Mexico City, Cairo and the German city of Bonn. Before he was nine years old, he and his brother went to boarding school and saw their parents once a year.

His adolescence is no less restless: he never managed to settle in any city where he studied Art and Architecture. He went through various UK universities to always end up in that progressive and glam London. At the age of 25, he changed his name to Woody (he was a fan of his now-namesake Woody Guthrie) and began writing original songs for his band, the 101ers.

He lived with friends and his Spanish girlfriend Paloma, better known as Palmolive, the drummer for The Slits. She was a native of Melilla and lived in Granada, a city of historical resistance to the dictatorship of Francisco Franco.

Woody Mellor soon changed his name to Joe Strummer and joined the band The Clash after a brief chat with Mick Jones and Paul Simonon. They became one of the founders of punk and created an unprecedented sound within the most popular genre of the seventies. The rest is history, or at least it is until the year ’86.

About the song Rock The Casbah, Clash drummer Topper Headon wrote the song and the original lyrics. In an interview, singer Joe Strummer declared that “the real genius of ‘Rock The Casbah’ is Topper. He banged down the drum track. Then ran over to the piano and then the bass.”

However, Topper Headon was fired for his addiction to heroin (something that did not stop him from composing his most popular song, Rock The Casbah). Strummer could not tolerate such dissonance in his public anti-drug message. It smells of hypocrisy: they all used substances, although that is not mentioned in Julian Temple’s documentary Joe Strummer: Life or Death of a Singer carefully dodges his alcoholism.

Listen to Joe Strummer’s Isolated Vocal on ‘Rock the Casbah’ By The Clash below: