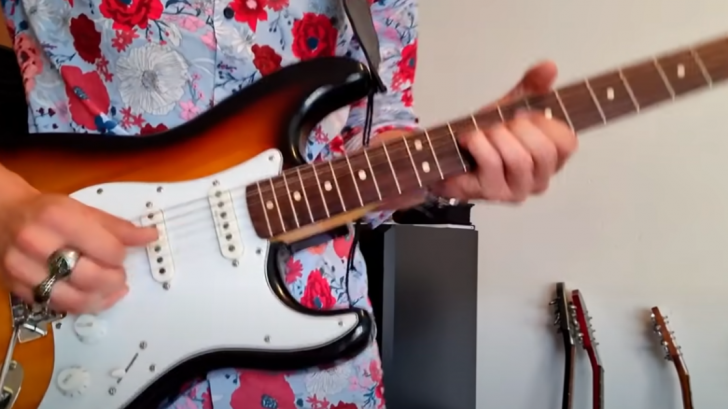 Boyd was married to Clapton’s close friend, George Harrison when the two met in the late 1960s. Clapton fell in love with Boyd, but she refused to leave Harrison to be with him at the moment.

Clapton based his song “Layla” on his feelings for Boyd. According to author Barry Hill, Clapton was inspired by a poem called “The Story of Layla and Majnun,” which presented the poet as a man driven wild by his unattainable love.

In the video below, Laszlo Buring covered Layla, but as if Mark Knopfler had written it. He utilized the chord progression of the chorus from ‘Lady Writer’ as the foundation for this tune. That’s also how he got the concept. Drums, electric guitar, vocals, a gentle 12-string acoustic, a keyboard, and bass make up the supporting track. He also played all of the parts. Although he used some of the original backup guitar sections, he didn’t want it to sound overly full since then it would start to sound less like Dire Straits. He had to thus find a medium ground. He augmented the basic theme with some experimentation and some iconic Knopfler licks for the final solo.

It’s an excellent concept, really. Derek and the Dominos’ “Layla” gets a new interpretation by Laszlo Buring. What if Mark Knopfler had composed “Layla” and played the guitar? Keep going for the video below: