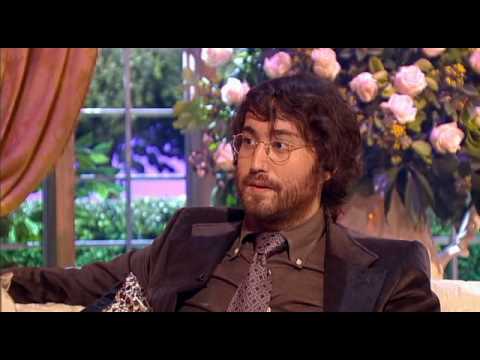 Sean Lennon, son of John Lennon and Yoko Ono, spoke with Paul McCartney as part of a special that aired on BBC Radio 2 between 3-4 October 2020.

On October 9, 1940 in Liverpool, England, one of the most important and influential musicians in the history of music, John Winston Lennon, was born. To commemorate his birthday the BBC broadcast two special radio programs, on October 3 and 4 2020, where his son Sean  interviewed Paul McCartney, his half brother Julian and his godfather, Elton John.

Paul McCartney explained his memories of meeting John, with his son Sean, on the BBC, speaking of the combination of him and John, saying:

“Okay, number one, we were good. Right there. Number two, we’d grown up together,” he said. “From little kids, we’d taken the first steps together, we kind of learned to walk together, then we learned to run. And the fact that each of us was influencing the other was very important, you know.”

As it transpired in Sean’s conversation with McCartney they talked about everything. Paul told what it was like to meet and befriend Lennon until the Beatles Let It Be sessions, and how never-before-seen footage from Peter Jackson’s documentary changed McCartney’s perception of that period. McCartney also talked about his and Lennon’s artistic development together, and performed an excerpt from the first song they wrote, “Just Fun.”

“There were there were a few that were clearly, young songwriters who don’t quite know how to do it. There was one called ‘Just Fun’.” The chat also turned to the situation surrounding the band’s almost inevitable break-up.”

Regarding the docufilm from Peter Jackson McCartney said: “For years when people say, ‘Oh,’ about Let It Be I go, ‘Yeah, you know, I didn’t really like it because it was such a gloomy period.’ But then talking to Peter Jackson, when he was looking at the 58 hours of outtakes, I said, ‘Well, what’s it like?’ kind of thing, expecting him to say, ‘Well, it’s very gloomy. You’re all arguing all the time.’ He says, ‘No’, he said exactly what you just said. He said, ‘It’s amazing. You’re like jolly and stuff.’”