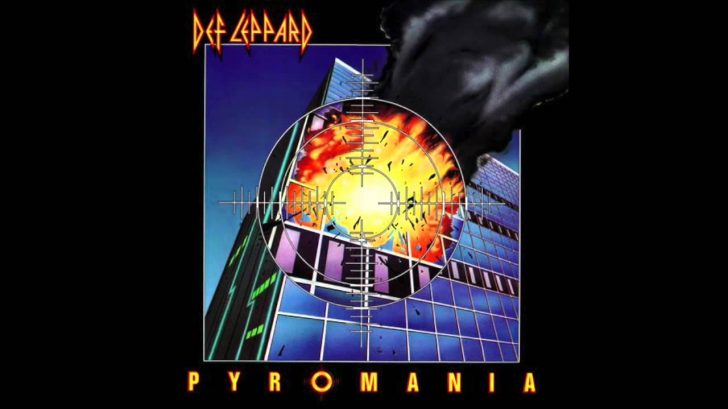 They undoubtedly had a distinctive sound, with flawlessly layered harmonies, gritty guitars, shrill vocals, and powerful drums. The most radio-friendly sound that has ever been created, was pop music with a hearty dosage of heavy metal. In order to maximize the effect of a song’s arrangement, Def Leppard built whole worlds.

Mutt Lange, a producer, and collaborator assisted Def Leppard in developing their distinctive sound by 1981’s High ‘n’ Dry. The band’s follow-up, Pyromania, released in 1983, including one of its most memorable songs, “Photograph.” Def Leppard made their breakthrough in America with “Photograph,” their first top-20 success in the country, which was equal parts high-octane rock tune and sweet pop classic.

The song’s most recognizable hook is the primary guitar riff, which has several effects. It’s what introduces the music and immediately grabs your attention. That rhythm guitar part was not genuinely played by the two guitarists in the band at the time, Steve Clark and Phil Collen. Before he was fired before the album was completed, the original rhythm guitarist Pete Willis, who also receives a songwriting credit on the song “Photograph,” recorded most of the album’s rhythm guitar parts.

Rick Allen’s drums on “Photograph” are nearly too exact to be organic when you separate them. There is significant debate about whether “Photograph” was created using samples of Allen’s kit or whether Allen actually performed the music live. The reverse reverb on Allen’s snare is undoubtedly not one of them. All of Allen’s drum sections on Pyromania were programmed using a Fairlight sampler after the event, engineer Mike Shipley subsequently revealed, although even that in and of itself is a technological achievement.

“There are no real drums. The cymbals are played, but the bass drum, snare, and toms are all machine,” Shipley spoke with Tape Op. “We had all kinds of drums in there, and I sampled them into the Fairlight and detuned them. We’d sample them in at half-speed, thinking that we’d get a better sound, because that’s when Fairlight was at 8 bits – you had to get around that part of it.”

The vocals by Joe Elliott are finally heard. While recording “Photograph,” Elliott was at the height of his high-pitched banshee wails, and everything from the song’s pre-chorus to its soaring last notes showed it. Given the absence of pitch correction at the time, it is a stunning performance. Elliott is the only performer, using some double-tracking and delay to speed up his performance.