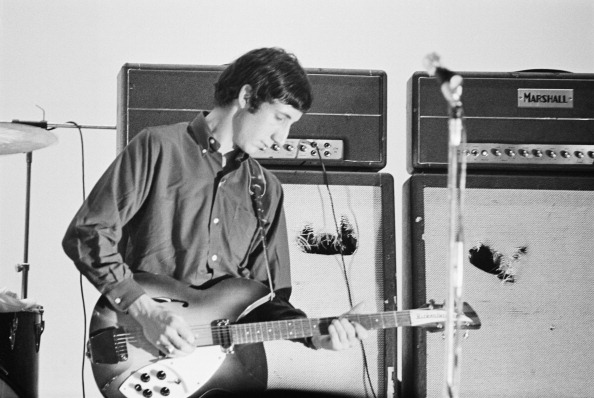 When he wanted to be, Townshend could be flamboyant as well. One of his most well-known examples is the entrance to ‘Pinball Wizard.’ Townshend constructs the perfect lead-off to the track proper, with a falling series of suspended chords that adds an epic degree of drama and anticipation for what’s to come without ever feeling the need to return to the opening chords again. There’s no turning back after he hits that classic rhythm with the huge B power chord.

Townshend aims to maintain the song’s crazy energy at the forefront throughout ‘Pinball Wizard.’ Most guitarists would put in a rush of notes to complete this goal, but Townshend relies on his songwriting talents to carry the strain, breaking into new parts every few seconds merely to keep the arrangement fresh. This features a sudden key shift for the last stanza, which wonderfully demonstrates how Townshend utilized the guitar as a tool for storytelling rather than to draw attention to himself.

The guitar portions in ‘Pinball Wizard’ are pure bombast, but not in the way most musicians define dramatic performance. Townshend’s dedication to the fundamental power of contrast between the suspended chord and the full major chord is what makes ‘Pinball Wizard’ unique, and Townshend is clever enough not to get carried away with his own style. As a result, one of the most famous guitar riffs in rock music remains a must-hear while learning to play the guitar.

Listen to the isolated guitar parts for ‘Pinball Wizard’ below: