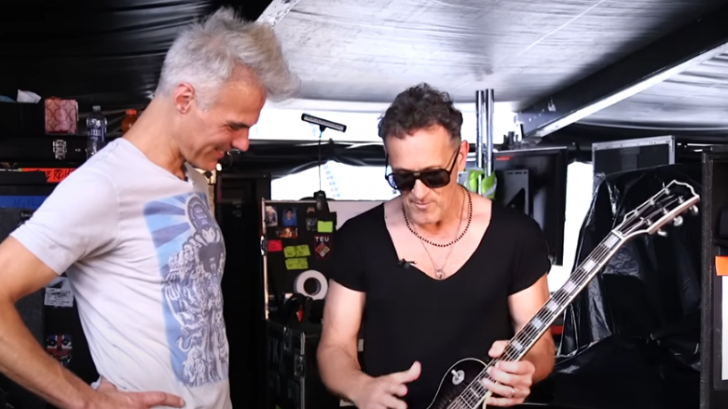 Def Leppard’s Vivian Campbell and Phil Collen briefly stopped their already sold-out stadium tour to discuss the gear they are using with Kiss. Campbell gave us the backstory on his longtime love of Les Pauls while Collen showed us his set of Jackson guitars and one Strat with great emotional value. The guitar techs Dave “Wolfie” Wolff, Roger Veage, and Scott Appleton go into great detail about the other gear.

Eight years have passed since Vivian Campbell and Phil Collen of Def Leppard struck up a conversation with Premier Guitar before to the group’s stadium tour in 2014. With headliners Mötley Crüe, Poison, and Joan Jett, they are currently on the appropriately named Stadium Tour, performing tunes from their 12 classic albums over the course of the previous 45 years in front of crowded arenas. John Bohlinger discussed the musicians’ live-show equipment with Collen, Campbell, and their technicians Scott Appleton and John Zocco before to their June 30 performance at Nashville’s Nissan Stadium.