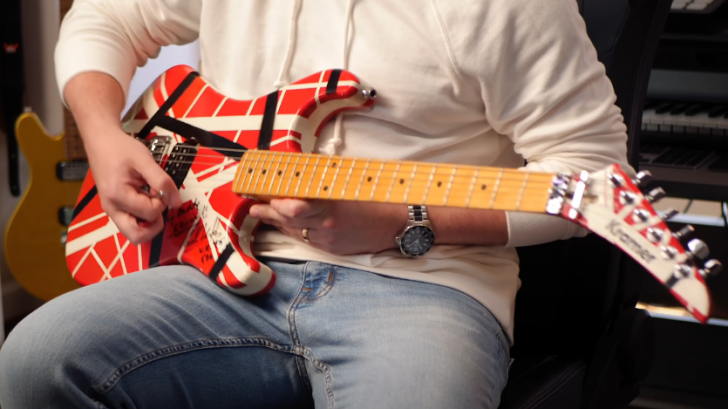 One of the most virtuous and visionary guitarists in the history of hard rock could not have a guitar like the others, because the differentiation begins by entering through the eyes.

Thus was born the Frankenstrat, which combines the sound of a Gibson with the appearance of a Fender (the two great brands). A blessed musical Eruption.

A guitarist managed to score one of the most famous guitars in the world, Eddie Van Halen’s Frankenstrat. He got it via  Gotta Have Rock And Roll auction. An auction site where they have items of memorabilia.

They are guitars almost more famous than the men who have toured them thousands of times and fiddled with their hands even in the most intimate recesses. They are icons of popular culture of our time, belonging to the legend of electrified music since the beginning of time, in the middle of the 20th century. And indeed, this is one of them.

Keep going or the video below