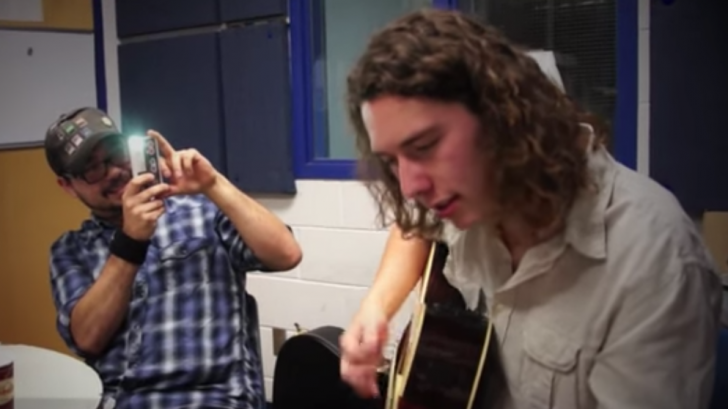 All Of The Soul

Lumberjunk is a Canadian soul infused modern rock band from Waterloo. Their sound and vibe is a passionate mix of classic rock influence along with multi-instrumentalist talent. Usually the vocalist, Matt Weidinger is simultaneously singing and on the piano or organ. For this jam he sings an acoustic cover of “Stage Freight,” by The Band.

Weidinger and his bandmates Darryl Romphf (guitar), Darius McKinley (bass), and Jamie Alegre (drums, have been performing for quite some time in the Canadian area of Kitchener and Waterloo. Their power packed gigs have the essentials to deliver gritty, fervent, and engaging performances.

For The Band, bassist Rick Danko took command. The (also) Canadian band, was known for including all of the bandmates in their vocals. The bassist was chosen to sing this track because of his nervous sounding voice.  “Stage Fright” was written by guitarist Robbie Robertson in 1970.  It’s about the ironic experience of live performances- how scary it could be, all while being addicting.

Though Lumberjunk’s front man doesn’t exactly have a nervous voice, there is a performer’s relevance that correlates both Weidinger and Danko. The singer performed the acoustic “Stage Fright” live for the radio show, Pull the Plug. His vocals definitely would have made Rick Danko proud.

Want to see what Lumberjunk is up to these days? Check out their Facebook page: Lumberjunk