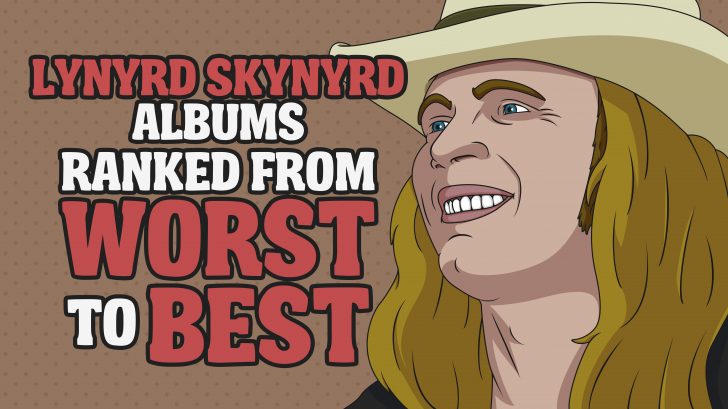 From MEH to WOW

For over five decades, Lynyrd Skynyrd has blessed us with rich catalog of unforgettable and timeless music, selling over 28 million records in the US alone. But that’s not to say they didn’t put out less-than-stellar albums too. Still, they managed to overcome tragedies and continue doing what they do best – make songs that will stand the test of time.

Because they have over a dozen albums, we’ll only pick five and rank them from worst to best. Ready?

A Christmas album done in Southern rock style? Yeah, we think we’ll pass. It’s decent stuff but there are way better records to get you into the Christmas spirit.

In this album, only Gary Rossington remains from the band’s classic lineup. They still sound like the Lynyrd Skynyrd we once knew but there’s something missing that we can’t put our finger on.

It’s the last album which featured Ronnie Van Zant and Allen Collins because only three days after its release, the group’s chartered plane crashed. It’s raw and tight and it would’ve taken them again to the top had it not been for the tragedy which made some songs on the record more haunting.

Let’s put it this way, if Lynyrd Skynyrd only released “Sweet Home Alabama” and nothing else, they’d still be legends.

It’s their greatest musical achievement and in the world of Southern rock, this turned them from being mere mortals to gods.